Chalukya architecture had its beginnings in Aihole and was honed in Badami, but it was in the riverside town of Pattadakal that it reached its zenith. Bearing testimony to this, is a cluster of 10 exquisite temples in the Dravidian and Nagara styles of architecture, that the Chalukyas combined to create their own distinctive idiom. Pattadakal, called Pattada Kallu in Kannada, was where the coronations of the Badami Chalukya kings were held from the 7th century onwards. The town was also called Raktapura in the past, probably because of the red (rakta means blood and pura means city) sandstone with which the temples are built.

The World Heritage Site of Pattadakal includes 9 Shiva temples built between the 7th and 9th centuries. The 10th is a Jain temple built in the Dravidian style, about half a km away. It was probably built later by the Rashtrakutas, who succeeded the Badami Chalukyas. 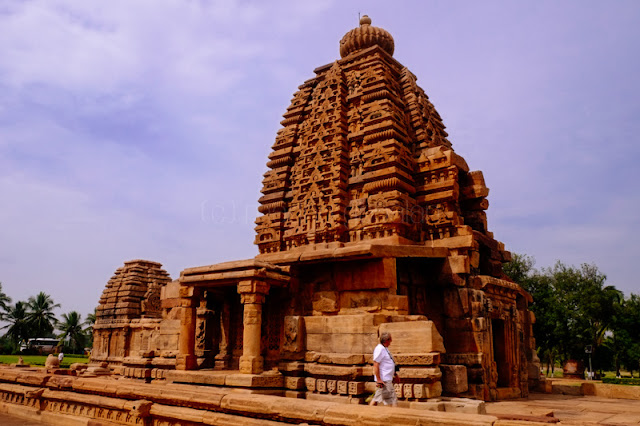 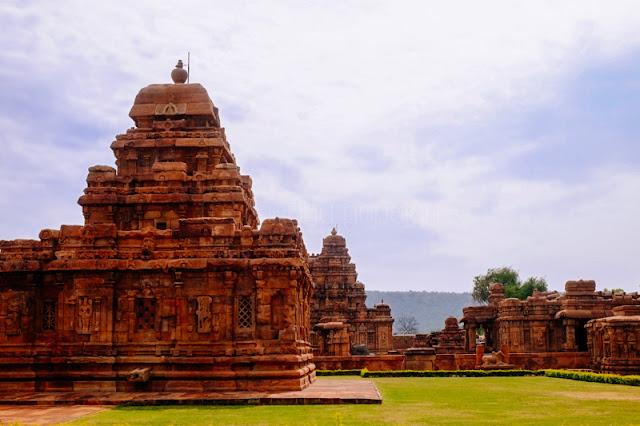 The oldest of the Shiva temples in Pattadakal is the Sangameshwara Temple, built in the Dravidian style, and the last one to be built was probably the Kasi Visveshwara temple, in the Nagara style. One  simple way to tell which style each temple is built in, is to look at the shikharas. Typically, shikharas in Nagara temples are gently convex, while those in Dravidian temples are pyramidal.
The loveliest structure in the complex is definitely the Virupaksha temple. It is also the biggest, and the most elaborate. It was built by Queen Trilokyamahadevi in the first half of the 8th century, to commemorate her husband Vikramaditya II's victory over the Pallavas. The temple is said to be inspired by the Kailashanatha temple of Kanchipuram, and the design of the Kailash temple in Ellora in turn, is said to be based on this one. The interiors as well as the exteriors of this temple are replete with elaborate carvings from Hindu mythology, and the pillars leading to the sanctum are breathtaking, depicting scenes from the epics Mahabharata and Ramayana. Apparently, these carvings were done after the pillars were built - this meant, there was absolutely no room for even a single mistake! While all the temples have small nandis in front of them, this one has a smooth, shiny and colossal bull in a pavilion of its own (called a nandi-mandapa) in front of the temple. The Virupaksha temple and its nandi-mandapa are the only ones in the complex that are still in active worship. 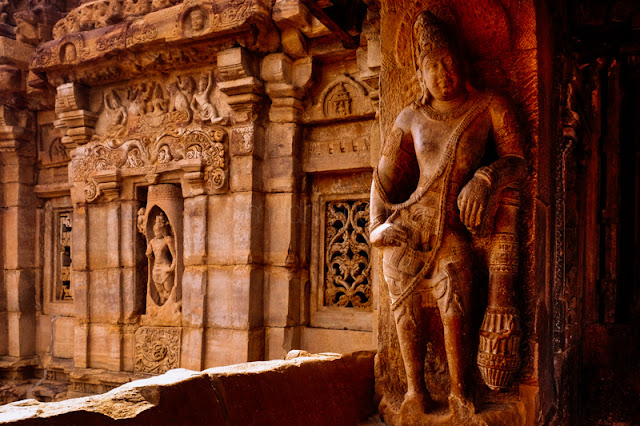 The Mallikarjuna Temple adjacent to the Virupaksha Temple was built soon after, by Vikramaditya II's second queen, and it is like a smaller version of the latter. The other structures here are the Galaganatha, Papanatha, Jambulinga, Chandrashekhara, Sangameshwara and Jambulinga temples. 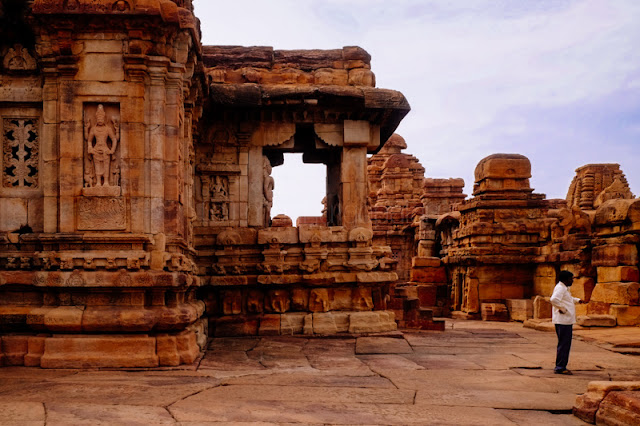 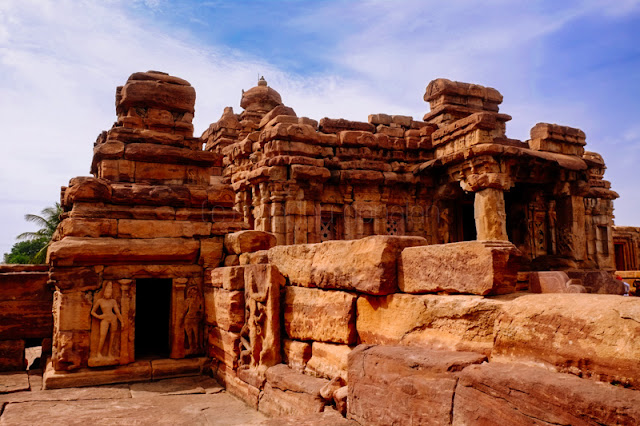 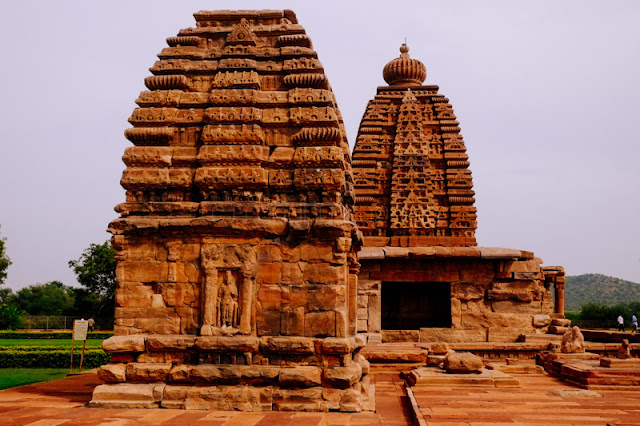 And that brings us to the end of my series of posts about the temples that the Badami Chalukyas built. As I mentioned earlier, the best place to stay in while visiting this circuit is Badami, only 3 hours from Hampi, another World Heritage Site.

Eid Mubarak, Merry Christmas, and a very Happy New Year to all of you!
I'll see you in 2016!