The next stop in my Chalukya series is Mahakuta, a very small town about 15km from Badami. Here too, the Badami Chalukya legacy lives on in the form of a group of 6th-8th century temples in their signature architectural style. The temples are all dedicated to Lord Shiva. The largest of these are the Mahakuteshwara and Mallikarjuna temples. It is believed that the Mahakuteshwara temple was built by Kirtivarman I, the son of the first Chalukya king Pulakesin I. The rest of the temples in the complex were built by later kings of the dynasty, and have shikharas typically seen in the Nagara school of architecture. 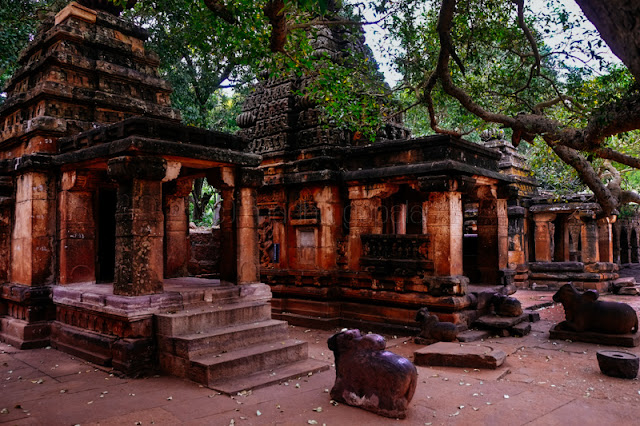 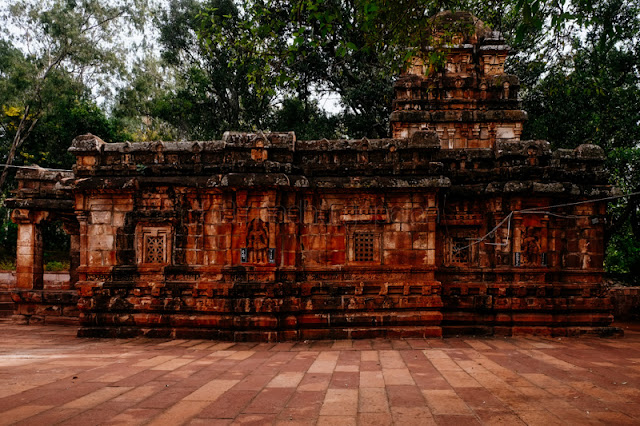 The hub of activity in Mahakuta is the rectangular Pushkarini tank, fed by natural spring water. 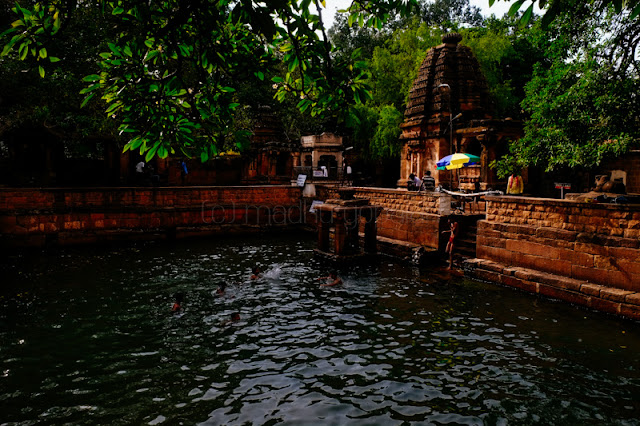 The afternoon we went, dozens of young boys from the village were playing in the water. They were incredibly sweet, friendly, and very happy to be photographed! 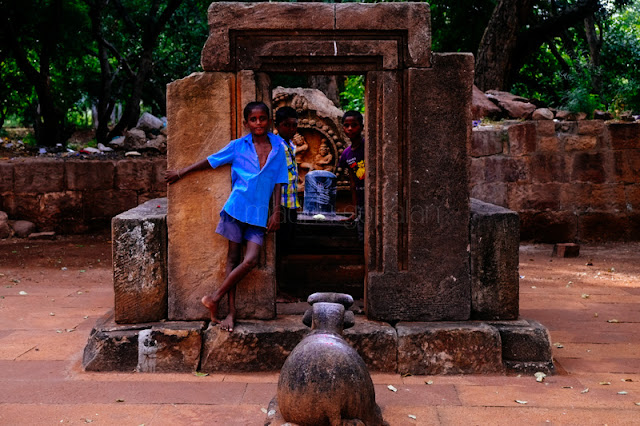 A small shrine with a Chaturmukha or four faced Shivalinga (quite uncommon, apparently) sits in the tank. 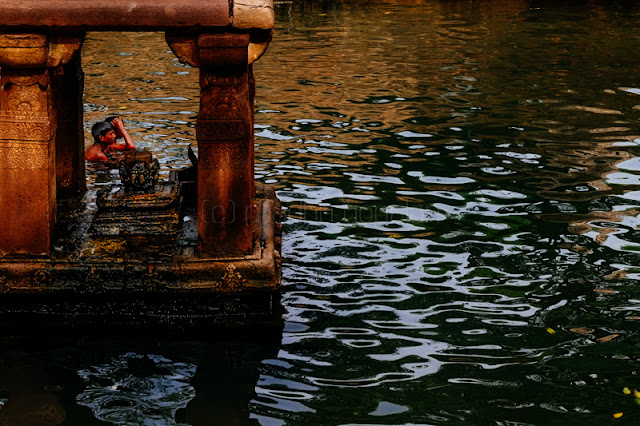 Mahakuta has played a huge role in helping historians unravel the story of the Chalukyas. The Mahakuta Pillar, a sandstone pillar with inscriptions in Sanskrit and Old Kannada, providing a wealth of information about the Badami Chalukyas, was found lying here. It is believed to date back to the reign of Kirtivarman I's successor, Mangalesha ie, the late 6th century. Today, it is kept in the Archaeological museum in Bijapur, about 150km from here.

While not as expansive as those in Badami, Aihole and Pattadakal, most of the temples here are still in active worship, and the vibrant atmosphere makes Mahakuta a worthwhile stop if you have a couple of hours to spare.