Badami : The Capital Of The Chalukyas

Badami, about 35km from Aihole, was the capital of the Badami Chalukyas for 3 centuries. The town was originally called Vatapi. Legend has it that two demon brothers called Vatapi and Ilvala lived here. Vatapi would disguise himself as an animal, and Ilvala would offer his meat to weary travelers, who would eat it unsuspectingly. Ilvala would call out to Vatapi, and the latter would come back to life (thanks to a boon he'd received), bursting out of the person's stomach and killing him. Vatapi and Ilvala would then eat the poor dead passerby. This went on until a sage named Agastya came by. He played along with the demons' trick, but immediately digested Vatapi, before Ilvala could call him. This ended the menace the two brothers were causing in the region :) 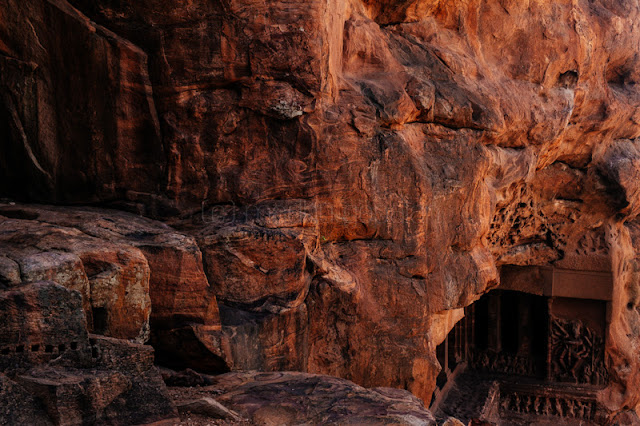 Badami is most famous for its complex of four Chalukyan rock cut cave temples. Gouged out of almond (called badam in India) colored sandstone that is believed to give Badami its present name, every cave has pillared verandahs in front, and a sanctum right at the back. They were all excavated not at the same time, but during the reigns of various Badami Chalukya rulers. (I wrote a little about the dynasty here) 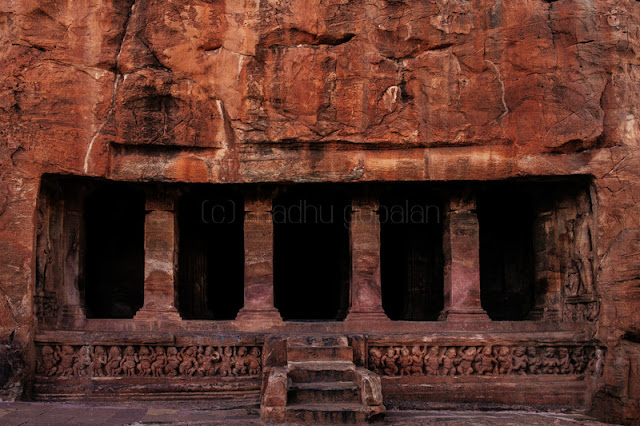 The lowest cave is dedicated to Lord Shiva, and is believed to have been built in the 6th century, during the reign of the second Chalukya ruler. It is decorated with sculptures of Shiva in various forms, and the most exquisite ones are those of Nataraja (Shiva in his cosmic dance), Harihara (half Shiva and half Vishnu) and Ardhanareeshwara (half Shiva and half Parvati).
The second cave is dedicated to Lord Vishnu and has magnificent depictions of him in his Vamana avatar as Trivikrama and in his Varaha avatar as a boar, among others.
The third cave is the largest and probably the most spectacular, and is also believed to be the oldest of the lot. It is dedicated to Lord Vishnu as well, and my favourite images in this cave are of Vishnu's Narasimha avatar, Varaha avatar, Vamana avatar and also the one of him seated on a coiled serpent.
The topmost cave is breathtaking, and is the only Jain shrine in the complex, dedicated to Lord Mahavira. If I had to pick a favourite cave, I wouldn't be able to choose between this one and the previous. The columns in this cave are decorated with Jain tirthankaras. Inside the sanctum, Mahavira is seated in deep meditation. 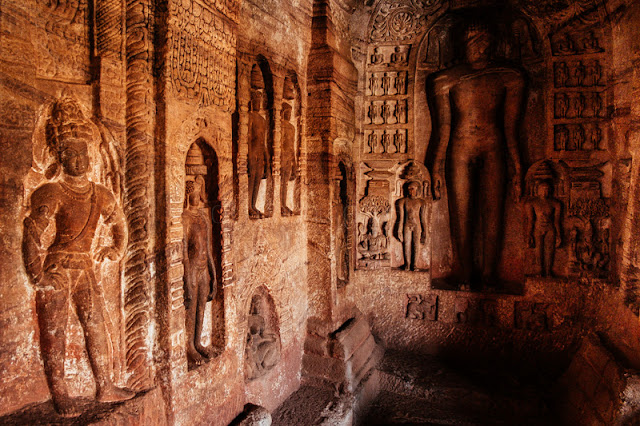 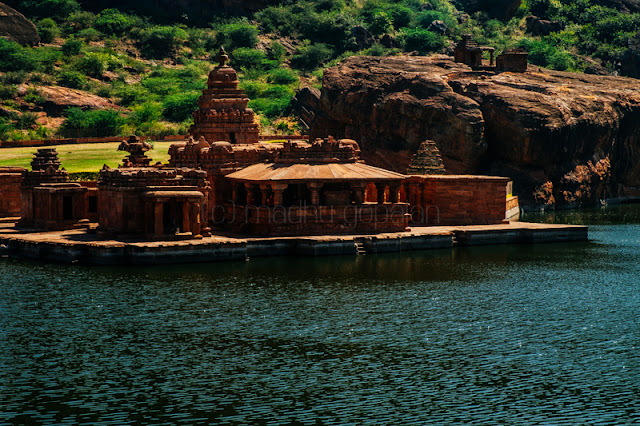 Many scenes in the Bollywood movie Guru were shot in Badami. You can see the caves in this song. The scene in which Abhishek and Aishwarya get married was shot at the Bhootanatha group of temples.

By road, Badami is about 3 hours from Hospet. Many people choose to do a day trip from Hampi/Hospet to the Chalukyan trio of Aihole, Badami and Pattadakal. Since Badami has many decent hotels, and we didn't want to rush through everything in a day, we stayed a couple of nights here.