Yet again, I've neglected my blog for months, but I've now accepted that my enthusiasm is always going to wax and wane, and that's okay. So from Bhutan in my previous post, let's go deep into the Bagalkot district of Karnataka in Southern India, to talk about the Chalukyas, a powerful dynasty who ruled between the 6th and 12th centuries. At their peak, their territories included all of Karnataka and most of Andhra Pradesh. The dynasty was established by the first king Pulakesin I, after overthrowing the reigning Kadamba dynasty. His first capital was Aihole, but he soon shifted it to Badami. So he and his descendants  are called the Badami Chalukyas.

Aihole, a sleepy and primitive village by the Malaprabha river is a wondrous treasure trove of Chalukyan architecture. Many consider it a cradle of temple architecture in South India, and with good reason - there are at least a 100 temples scattered across the village in varying states of preservation. They range from early rock cut cave temples to later structural temples built in the distinctive Chalukyan idiom, which combines Nagara (Indo-Aryan architecture seen in Odisha, etc) and Dravida (the kind you see in Tamil Nadu, etc) features. Some clusters of well preserved temples are enclosed by compound walls, while others are just a part of the village. Let me show you some of the most prominent temples in Aihole.

Among the oldest is Ravana Phadi, a cave temple dedicated to Lord Shiva, dating back to the 6th century. 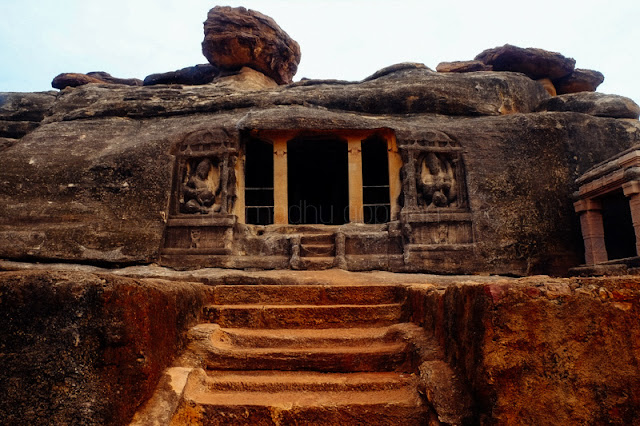 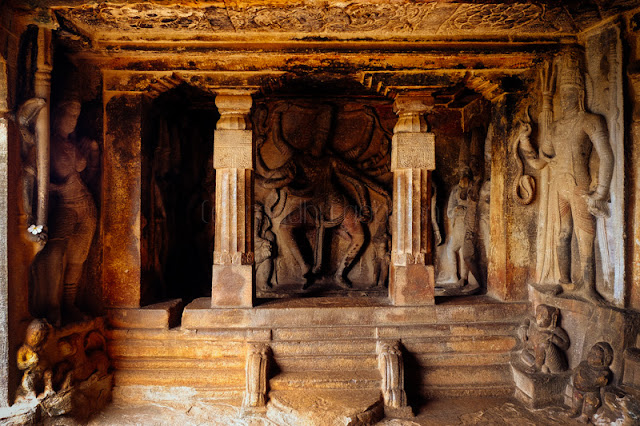 The most recognized structure in Aihole is the beautiful Durga Temple with its unusual apsidal shape (imagine one side of a rectangle replaced by a U). It is believed to date back to the late 7th century. 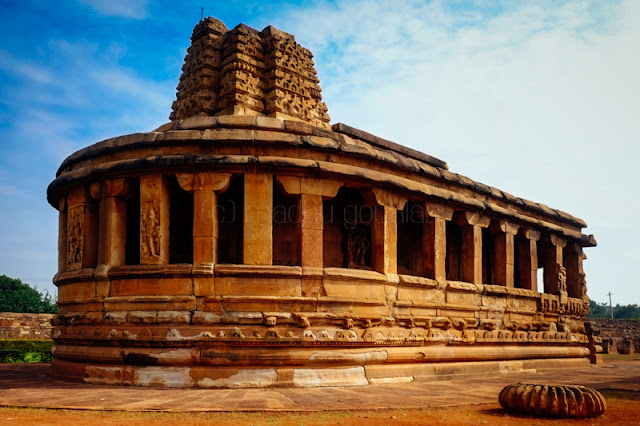 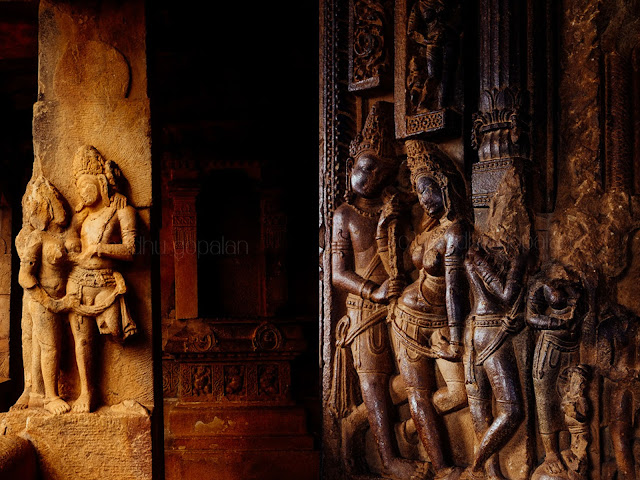 The Lad Khan temple in the same compound almost looks like it was built with logs of wood. They say the curious name comes from a Muslim General who used the structure as his residence for  a while. The complex also has a small archaeological museum. My favourite exhibit there was the birds eye view of Aihole that shows the distribution of temples around the village. 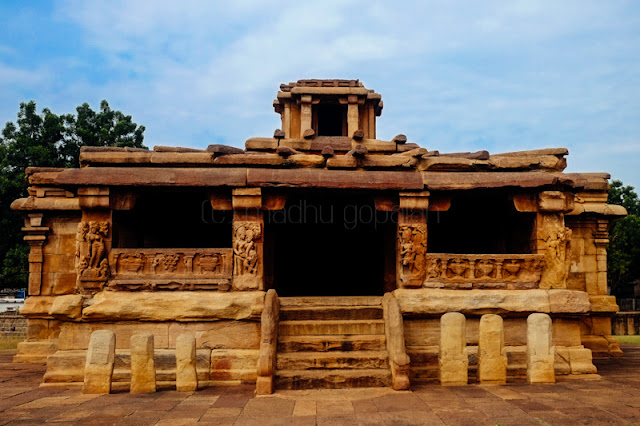 The Hucchimalli Gudi (Gudi means temple) stands in its own enclosure along with a beautifully carved step well. 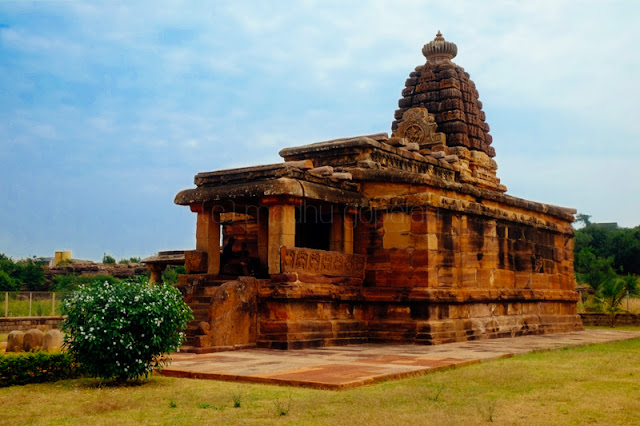 Some more temples from around the village: 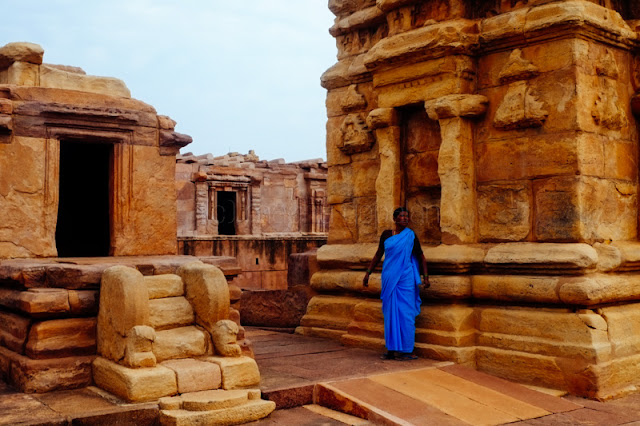 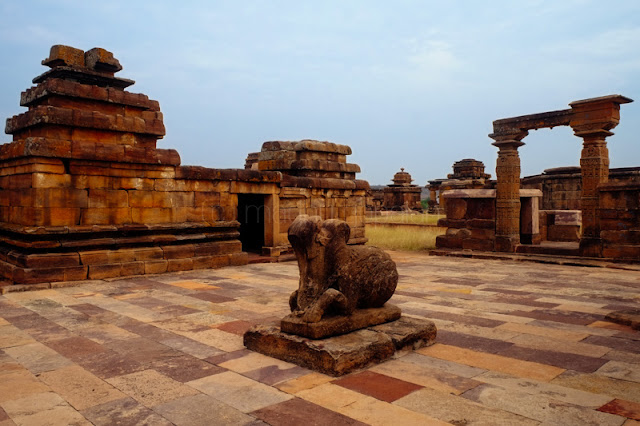 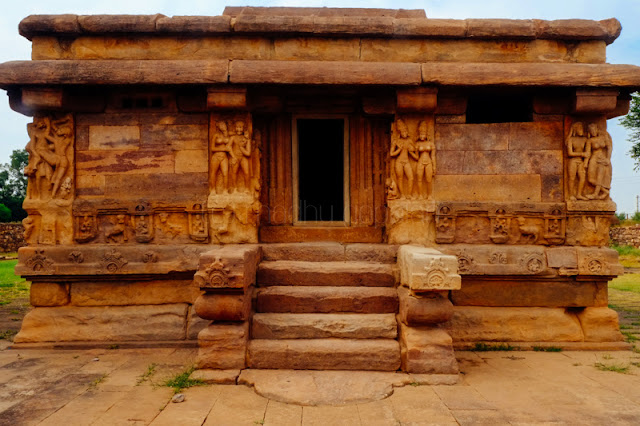 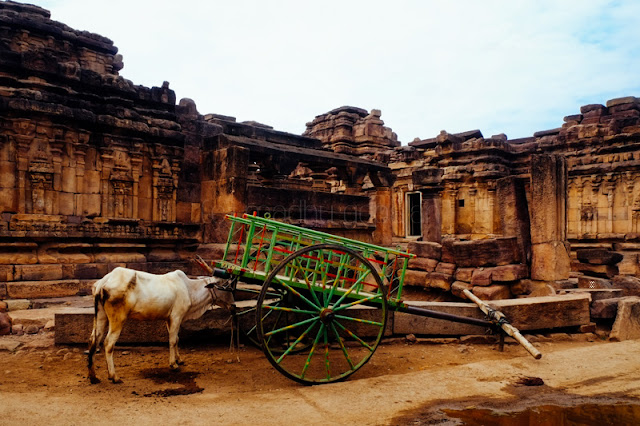 Aihole is about 140km from Hampi/Hospet. The nearest town where you can get good accommodation is Badami, 35km away. If you are crazy about monuments, you could easily spend hours or even days exploring Aihole, given the number of ruins in the village. But for most other people, 3-4 hours should be adequate to visit the most important temples.