Soooo I was planning to do my Bhutan posts in a west-to-east order, but I was really dying to tell you about Phobjikha, my favouritest of the lot, so I decided to dump that plan!

After landing in Paro, we drove to Thimphu, about an hour away. We spent a couple of days there, and then drove to Phobjikha, an insanely gorgeous glacial valley in central Bhutan. The drive was pretty bumpy, and took about 8 hours, but it was an experience in itself - on that one day alone, we saw more beauty than we'd seen ever before!
We drove through two gorgeous high mountain passes - the first was the Dochu La Pass  at 3100 meters. 108 little stupas stand at the pass, commemorating the successful eviction of  Northeast Indian insurgents by Bhutanese forces. The cafe up there is an awesome place to enjoy a cup of tea with a view. We actually ran into a Bhutanese Rajnikanth fan there! It made us realize once again, how well the Bhutanese know India. From Bollywood music playing in cars and cafes to Indian food even in remote towns, India's influence on the tiny kingdom is really visible. I don't know if that's a good thing or a bad thing?

Shortly after we crossed Dochula, it started raining, and continued to rain almost all day. The entire route was wet and misty and incredibly beautiful. 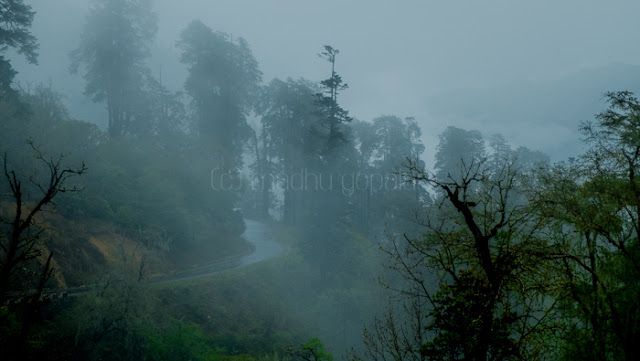 The rain thinned down to a light drizzle by the time we reached Lowala Pass, the entrance to Phobjikha. At an altitude of 3360 meters, with the clouds and the valley far below, and surrounded by yaks and rhododendrons, it was the most picturesque stretch in the entire drive.
Since we still had a little daylight left, we went straight to Gangtey, a little village overlooking the valley. It is home to a beautiful monastery called the Gangtey Gompa. We were lucky to be there during a festival - the huge crowd gathered there was singing together and a masked dance was going on. The spiritual head of the monastery was going around blessing everyone. The village is really charming too, with traditional Bhutanese wood houses and gorgeous views all around. 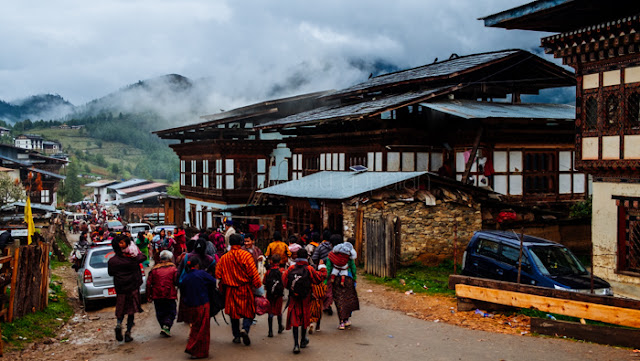 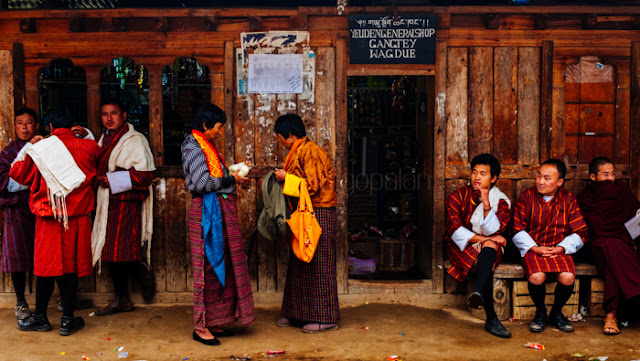 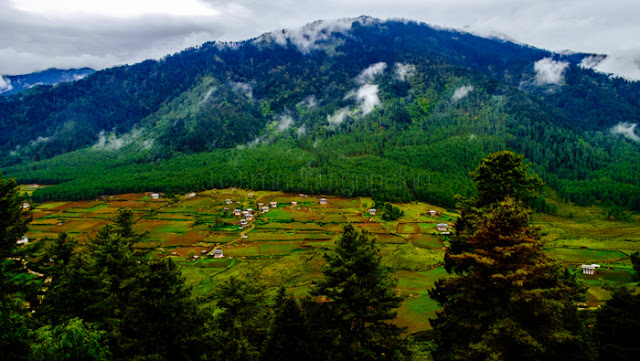 Quite exhausted after a long but most EPIC day, we headed to the Gaikiling Guesthouse where we'd be spending the night. And there was more awesomeness waiting for us there!
There isn't much to 'see' in Phobjikha. During winter, black necked cranes come visiting from Tibet, but that's about it. It's a great place to soak up the jaw-dropping natural beauty all around, disconnect from the world (Phobjikha is so remote, it didn't even have electricity until recently), and go on long, stunning hikes. 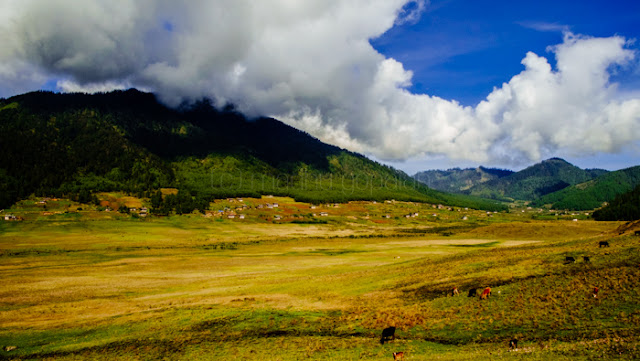 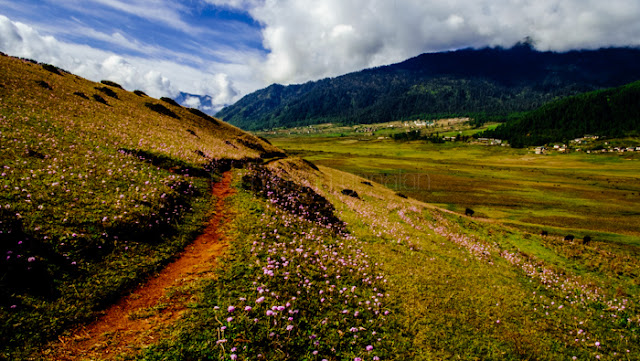 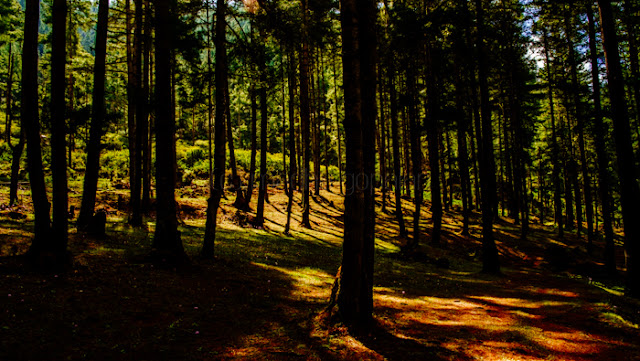 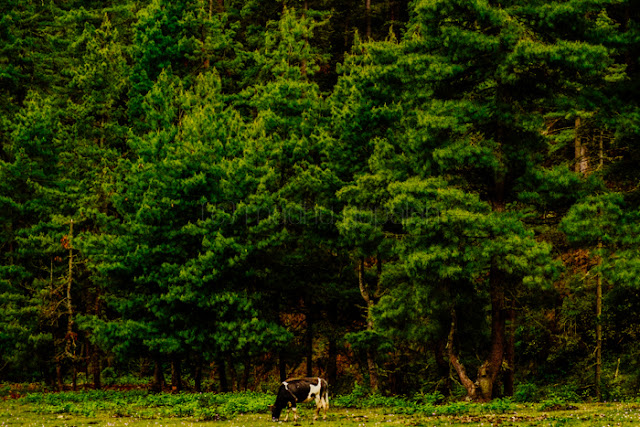 We only had time for a short hike called the Gangtey Nature Trail, but I know for sure that if I ever return to Bhutan, I'll skip everything else and go straight to Phobjikha. After Phobjikha, we drove deeper into central Bhutan, to our next destination, Trongsa. But that's another story for another post :)