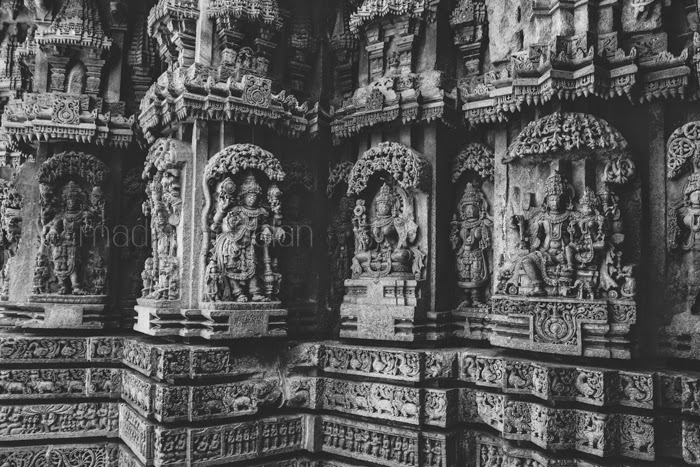 Remember I was in Wayanad in December? On the way back to Mysore, we took a teeny detour to Somanathpur to visit the Chennakeshava Temple. It's a spectacular Hoysala temple just about 40 km from Mysore.


The Hoysala dynasty was a powerful medieval South Indian empire that ruled between the 10th and 14th centuries. Their kingdom included present day Karnataka and even parts of Tamil Nadu, Andhra Pradesh and Telangana. The first few Hoysala rulers were followers of Jainism but King Vishnuvardhana, the fifth ruler, and his successors, embraced Hinduism.

The Chennakeshava Temple dates back to the 13th century, when Narasimha III was the Hoysala king. It was built by Somanath, a commander in his army. That's why the village is called Somanathpur. The temple is dedicated to Lord Vishnu - Chennakeshava means Beautiful Vishnu. 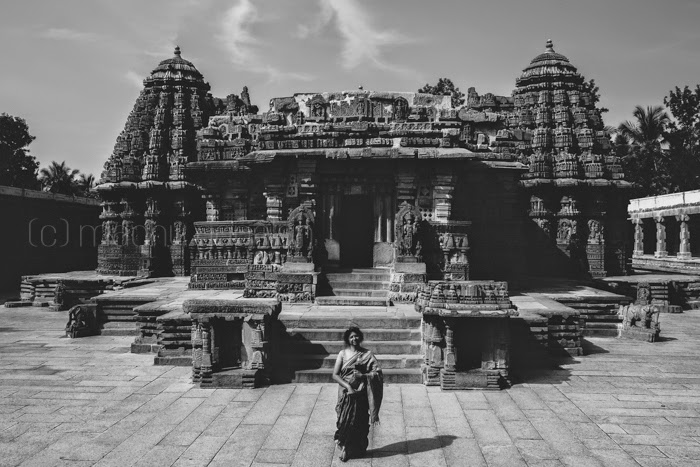 Hoysala temple architecture is quite distinct from the Dravidian style of temple architecture. The raised platform, the star shaped ground plan, the zig zag walls completely covered with carvings, the space around them to walk on - these are all features typical of Hoysala temples. You can see these in the above picture. The pretty lady is my mom :) The main material used to build these temples is a kind of soapstone. Apparently it was chosen because it is sturdy and yet easy to carve.

The intricate details on practically every square inch of this temple are beyond amazing! I mean, look at this: 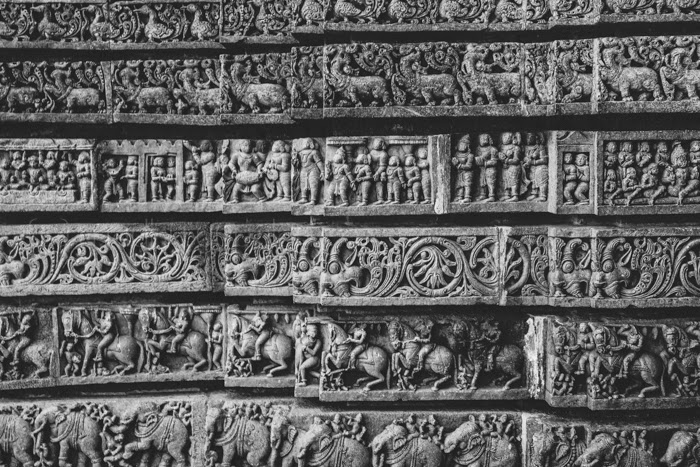 Each 'band' in the above picture is about the width of my palm! 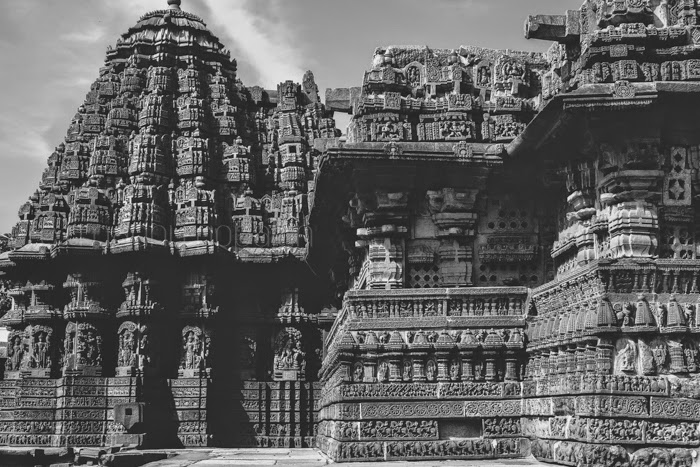 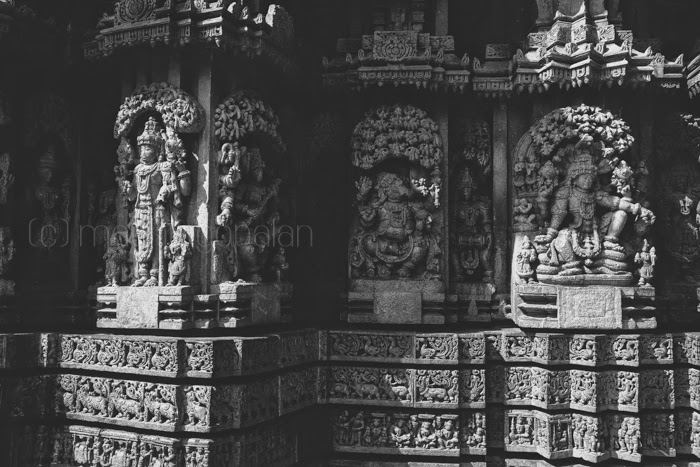 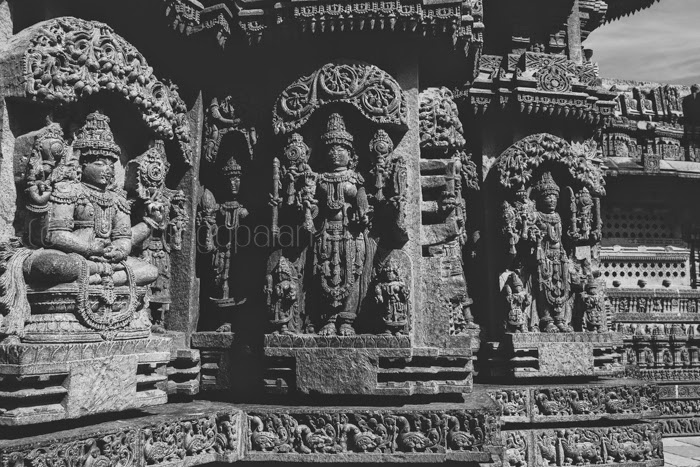 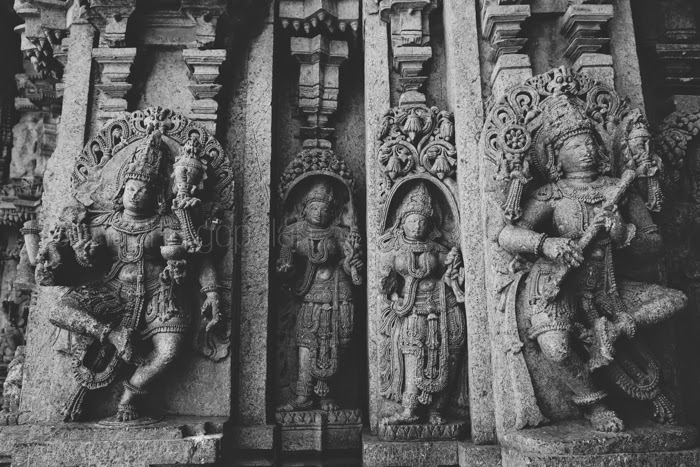 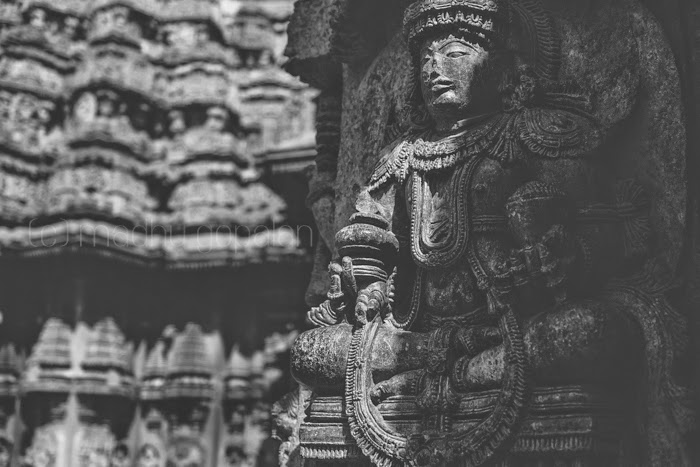 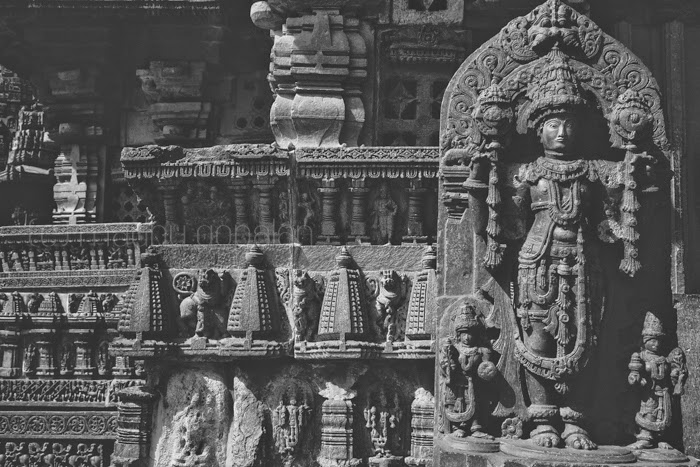 A cool thing about this temple is the red letter box hanging on the tree right outside.
(Some color finally, right? :D) 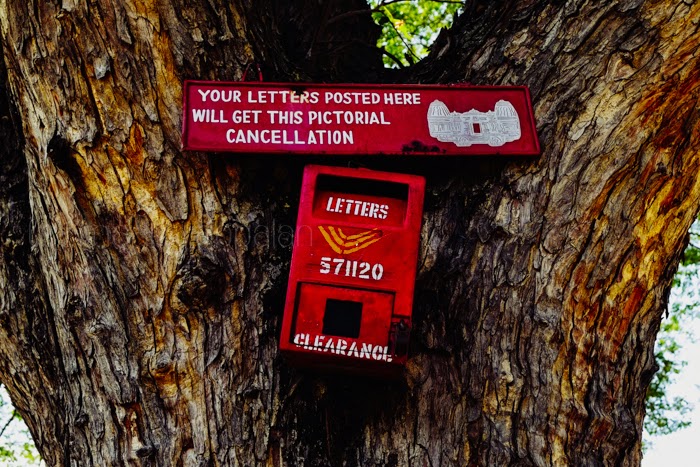