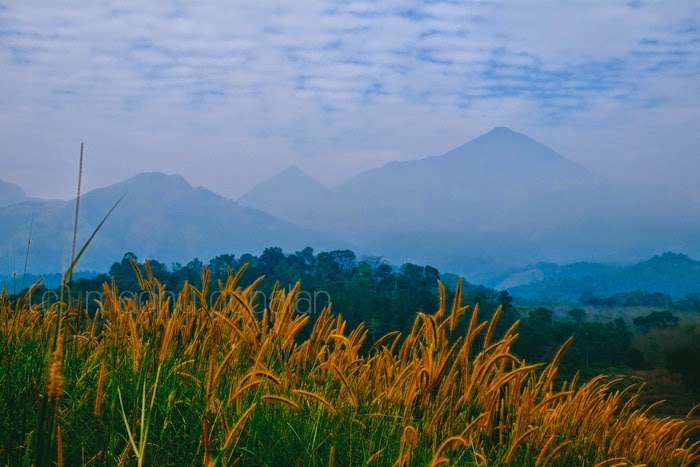 I was lucky to spend some time in Wayanad last week. We couldn't have chosen a lovelier way to end 2014! We drove to Wayanad from Mysore. The 3 hour drive takes you through the lush Bandipur forest, that falls partly in Karnataka and partly in Kerala. The funny thing about this forest is, you can tell which side you're on, with your eyes closed! If the road has speed breakers, it's Karnataka. If not, you're in Kerala :) We spotted wild elephants, deer and even a cheetah!

In Wayanad, we stayed in a villa in a basic but gorgeous eco friendly resort. 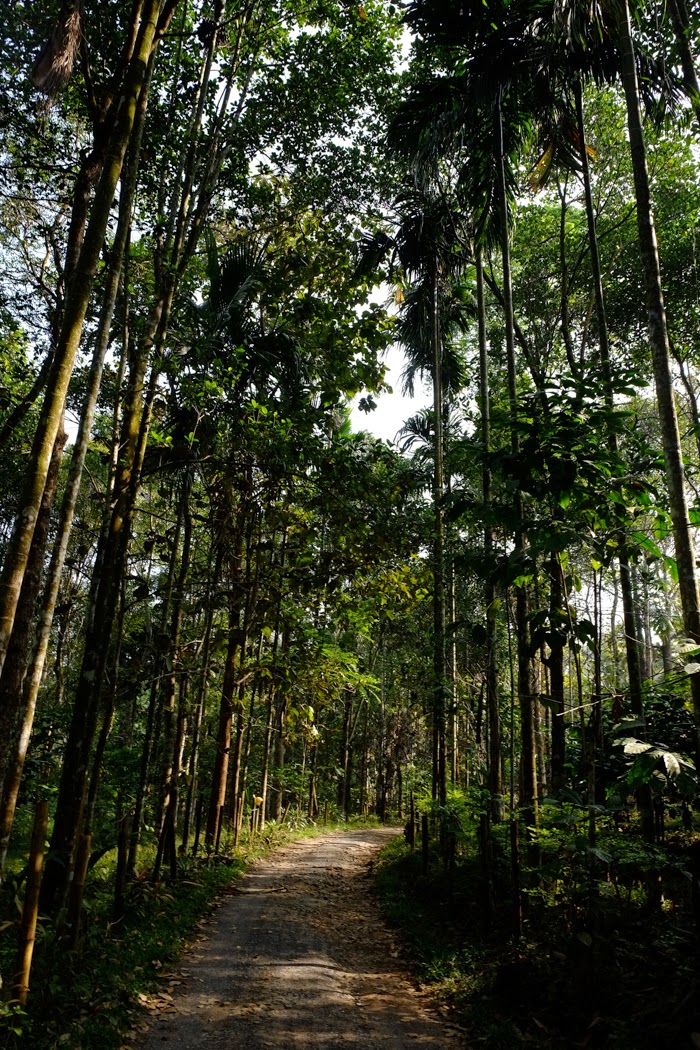 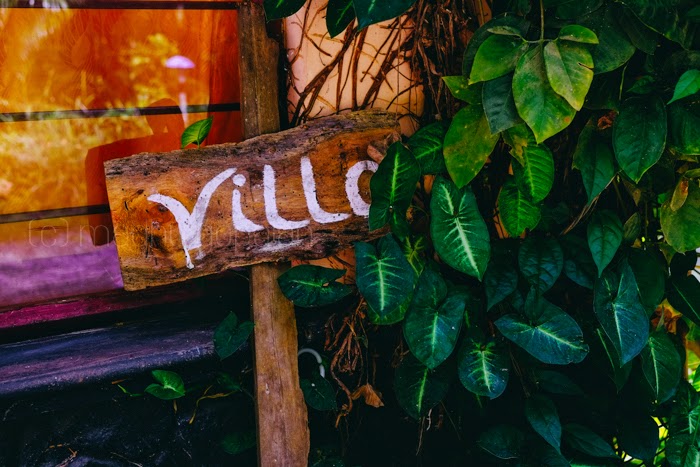 It was so pretty, it's a miracle that we even stepped out. But step out we did, beginning with the Edakkal Caves, home to Stone Age carvings that date back to at least 6000 BC. Take a moment to process how old that is!

The caves sit at the top of a mountain, at a height of about 1000 meters. They are not really caves, but a fissure that was created when a part of the main rock split away. Legend has it that it was formed when Lav and Kush, the sons of Lord Ram, shot arrows here. The carvings are mostly of human and animal figures. Because of similarities between the motifs found here and those found in the Indus Valley, scholars think the Indus Valley Civilization probably had a presence here too. Maybe the civilization didn't just go extinct, but blended into other cultures instead. 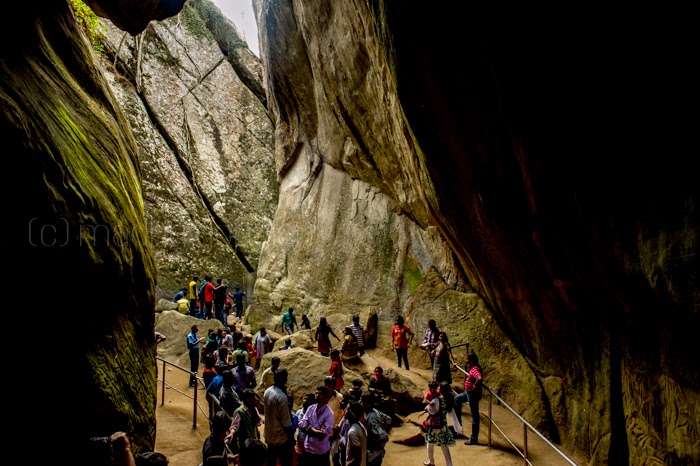 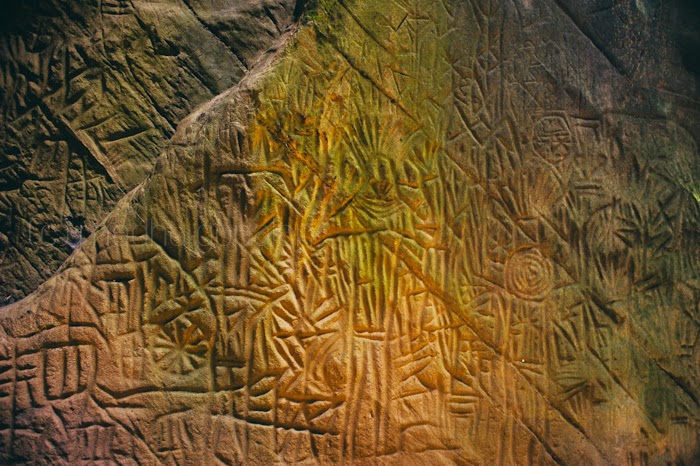 If you want to see the petroglyphs (that's what such carvings on stone are called), you'll have to work for them. A pretty steep walk about 1 km long takes you to a ticket counter. And then you need to climb more. A lot more, actually. In most parts there are steps but in others, just boulders. It's not very difficult, but it is definitely tiring - my toes were hurting for a couple of days afterwards. Definitely carry water with you.

The mountain at the back of this picture is the one you need to go up: 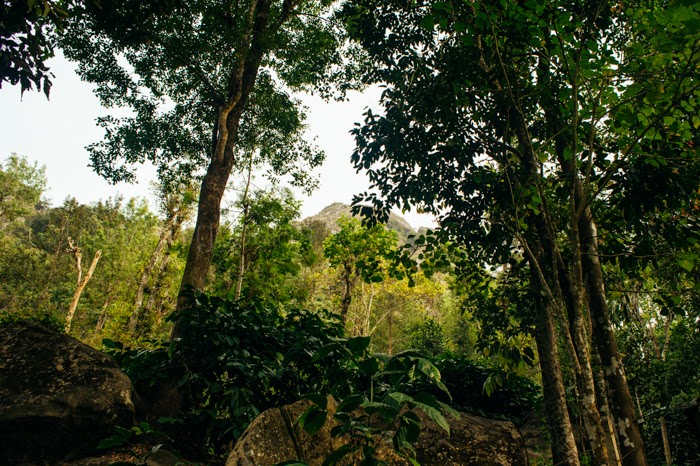 A slightly tricky spot on the way up - tricky mainly because of the crowd: 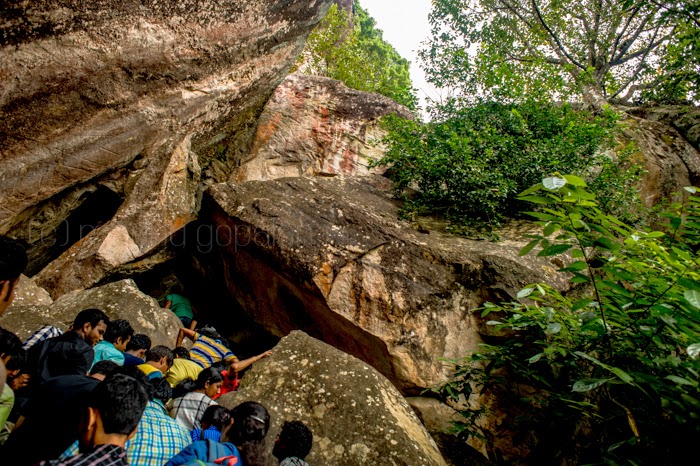 The view from the top, just outside the caves: 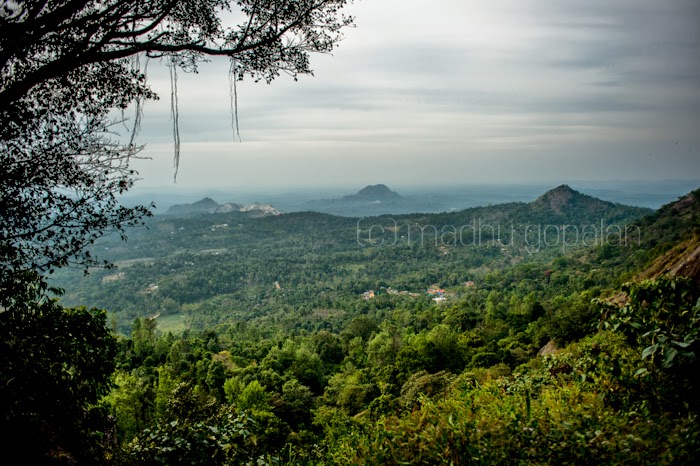 It's very humbling to stand exactly where our ancestors must have stood thousands of years ago. The carvings in these caves are definitely the oldest man-made things I've seen in my life. Absolutely a must-visit while in Wayanad, and totally worth the effort of climbing up.