From Armenia To Madras

In the 7th and 8th centuries, groups of merchants from a small land far beyond the Hindu Kush mountains started coming to India to sell silk, muslin, spices, timber and precious stones. Starting with the Malabar coast, over the next many centuries, they formed small settlements in different parts of the country from Kerala to Kolkata, and from Agra to Madras. By the 17th century, there was a sizable population of their people in Madras, and the street where most of them lived, came to be known as the Armenian Street.

These merchants were Armenians. Armenia is an ancient mountainous country in Eurasia, surrounded by Turkey, Iran, Azerbaijan and Georgia. It is said that Noah's Ark came to rest on the Ararat mountains in Armenia after the flood waters receded. It is one of the oldest Christian civilizations, and in the 4th century AD, it became the first officially Christian state in the world. 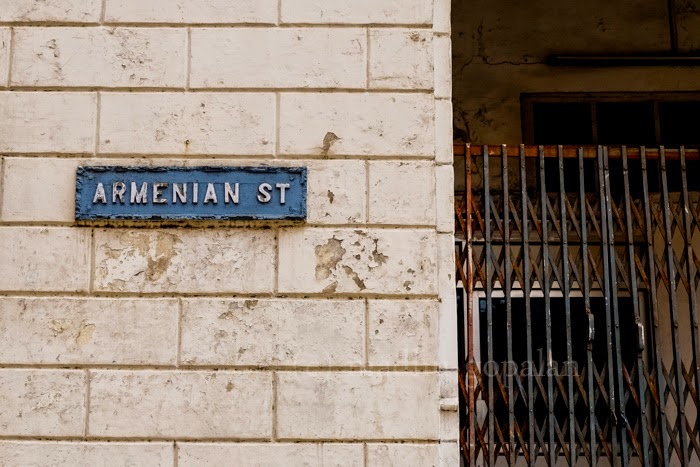 The Armenian street is home to the Church of St. Mary, India's oldest Armenian Church. At this point, I'm beginning to count the number of times I use the word 'Armenian' in each sentence! The church was first built in 1712, but after getting destroyed in a French siege in 1772, it was rebuilt in its present location - the grounds of what was an Armenian cemetery. 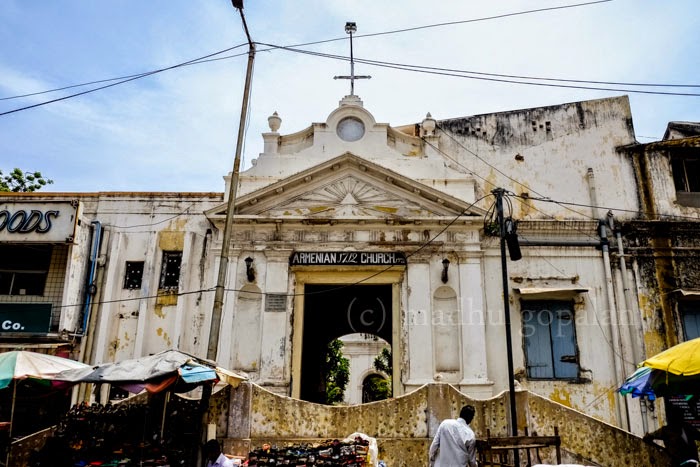 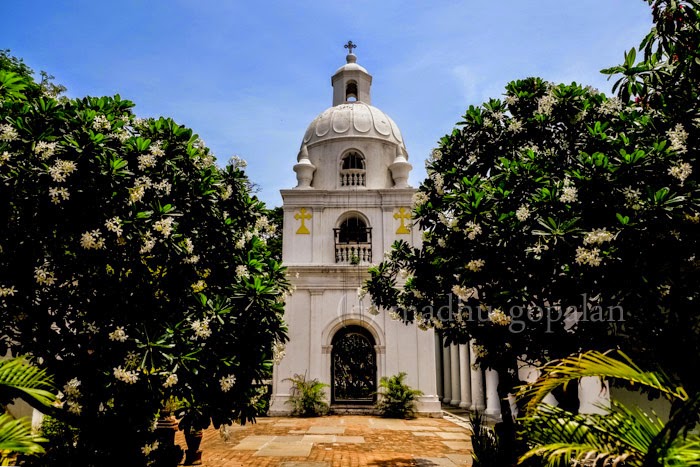 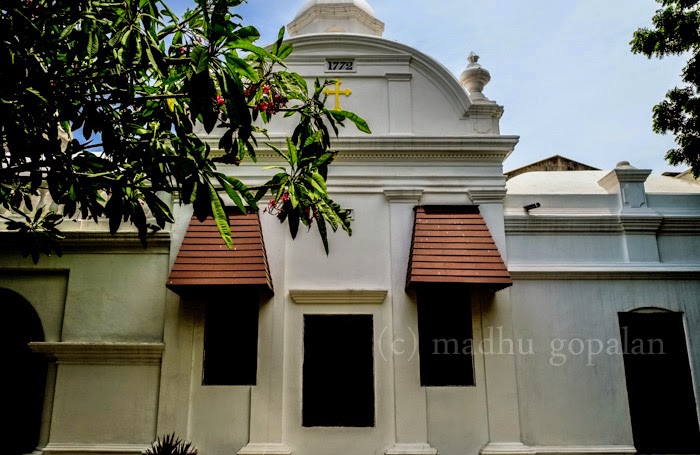 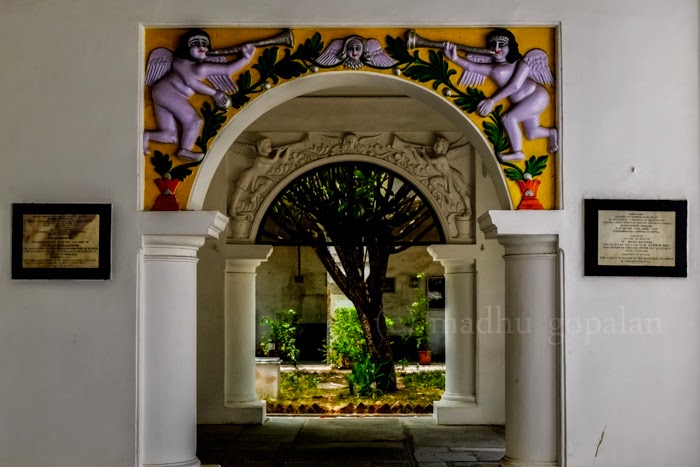 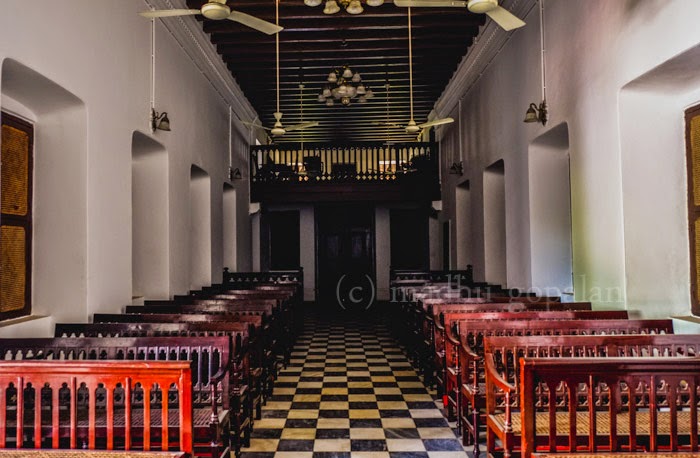 Since it is built on a cemetery, hundreds of flat graves with inscriptions in the Armenian script are scattered all around the church and in some places it is difficult to move without walking on them. 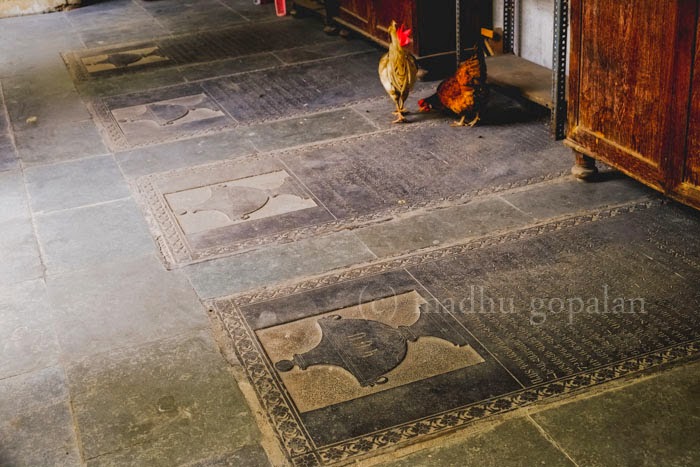 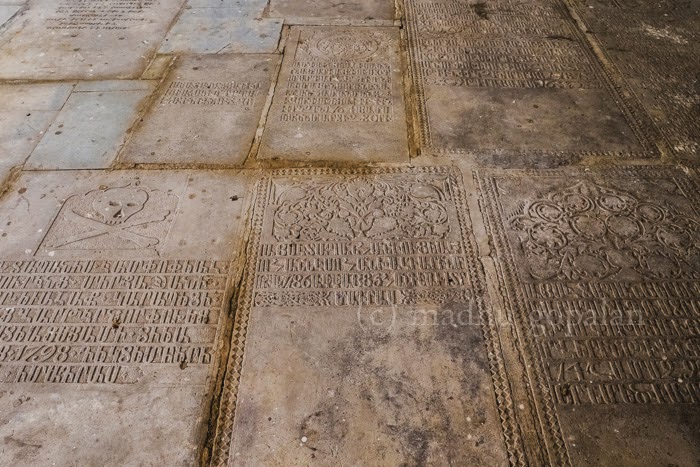 While all the other graves are flat and at ground level, a raised one in the garden adjoining the church is clearly special. Buried here is Rev Harutiun Shmavonian, who printed the first Armenian newspaper in the world, sitting in this church! And hence, the open stone book on his grave :) 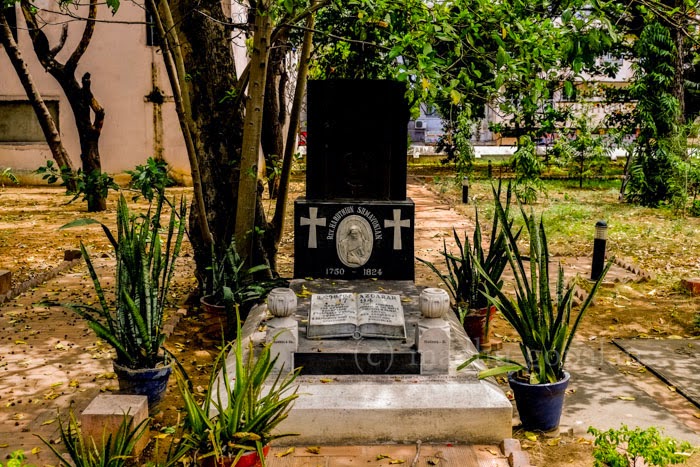 There are no Armenians in Chennai anymore, and the church is maintained by the Armenian Church Committee in Kolkata, which still has a small population of Armenian Christians. Regular service is not held here, but the church is open to visitors from 9 in the morning to 2:30 in the afternoon. Here's more about the church if you are interested.

After we spent a while at the church, Ashwin's father took us to a cafe called Hotel Zum Zum (yes, seriously) where he'd hang out sometimes when he was young :) 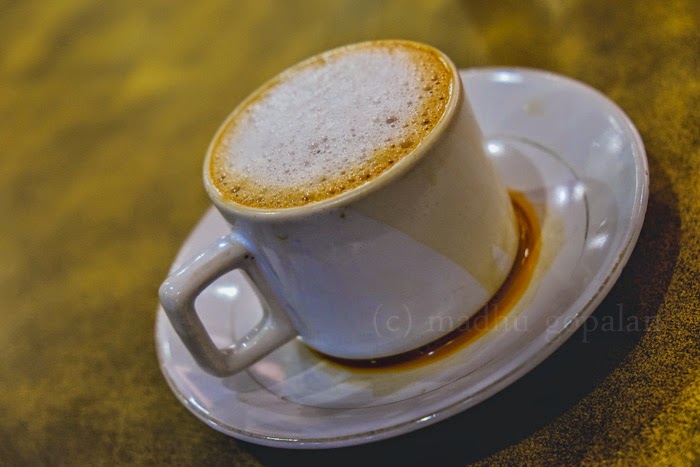 For lunch, we went to an old restaurant called Menaka in Hotel Palm Grove. Coincidentally (it wasn't father's day or anything :P) my dad regularly ate at this restaurant when he was young (he went to college in Chennai). I had the 'Madras Meal', a traditional thaali - simple and very yummy. 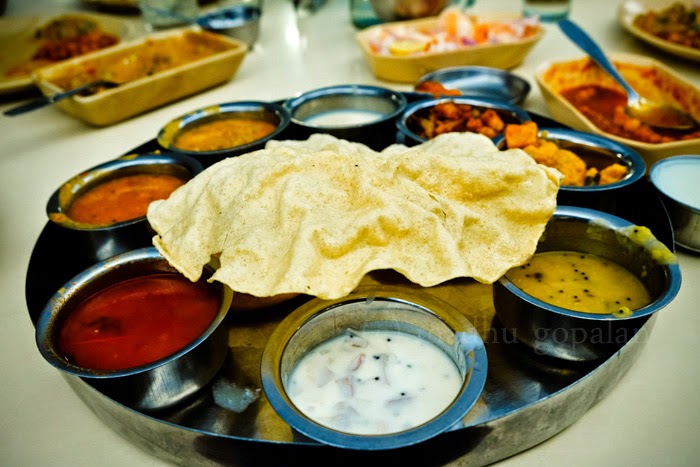 My birthday was earlier this month, and Ashwin gave me a Fujifilm X-Pro 1. I love the camera so much - it is small and unobtrusive, the colours are gorgeous, the lens (I'm using an 18-55 at the moment) is brilliant and the shutter sounds beeeeautiful ! I used it to shoot the pictures in this post.