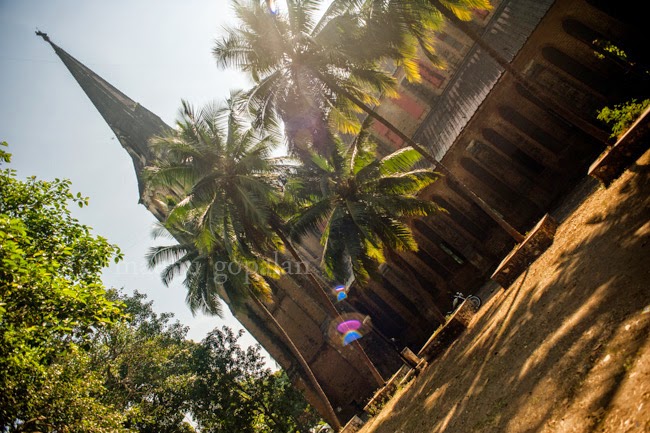 The first time I heard about the Afghan Church was when I saw this picture on Ashwin's Flickr stream. At that time, I never thought I'd visit the same church with him one day! :D 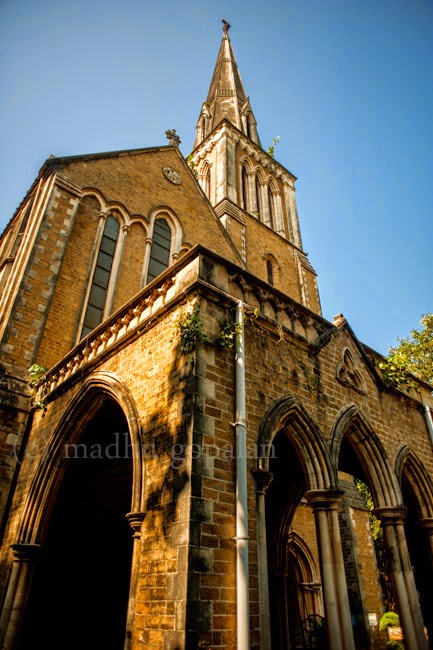 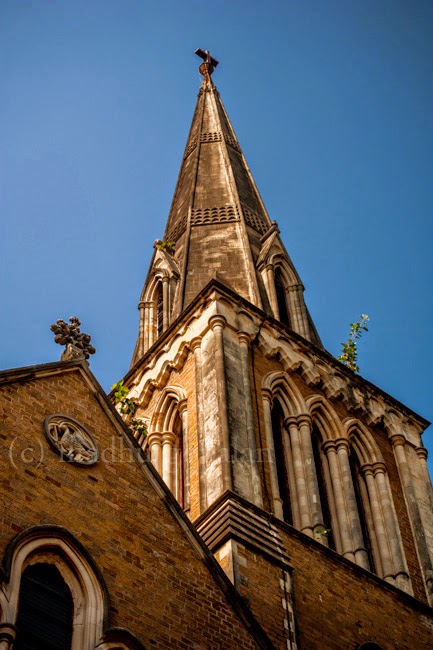 The beautiful basalt and limestone church in Colaba is actually The Church of St John the Evangelist, but it is locally called the Afghan Church, because it was built in the memory of the soldiers of the British army, including members of many Indian regiments, who died in the First Afghan War fought against Afghanistan from 1839 to 1842. The church has a spire that is almost 200 feet high, because the government granted land for its construction on the condition that it must be the tallest structure in the area, and the spire must be visible clearly even to the ships at sea. The exquisite stained glass work on the windows depicting scenes from the Bible came all the way from England, and the tall pillars and imposing arches came from Iran. 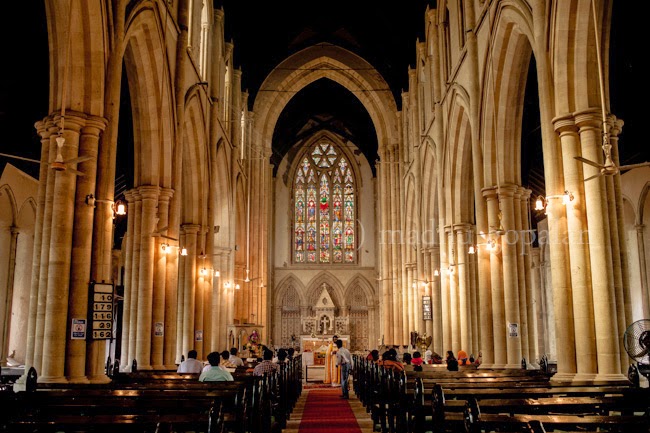 These grooves were for praying soldiers to rest their rifles in: 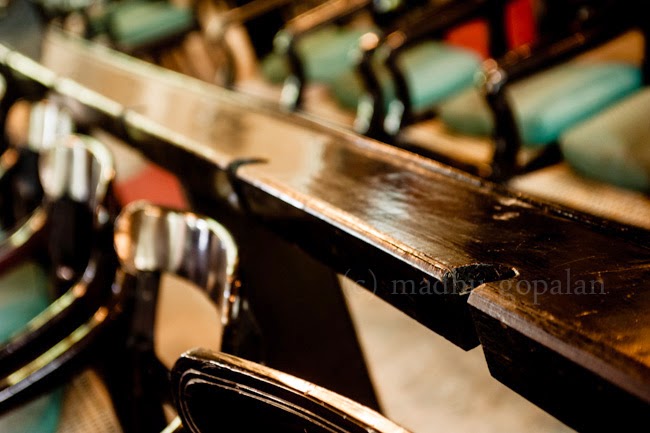 The highlight of this church would have to be the shafts of light streaming through the stained glass panels! Gorgeous! 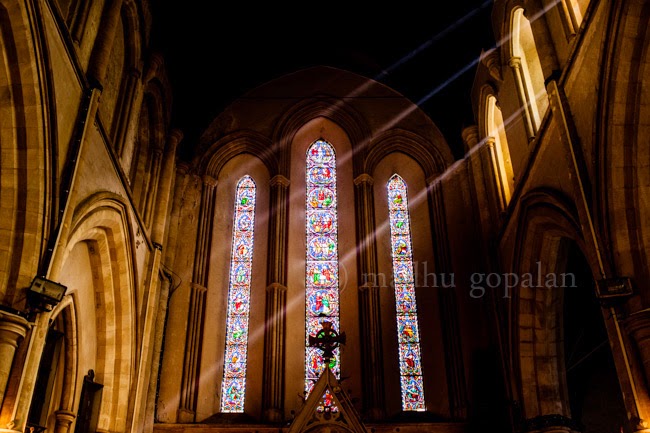 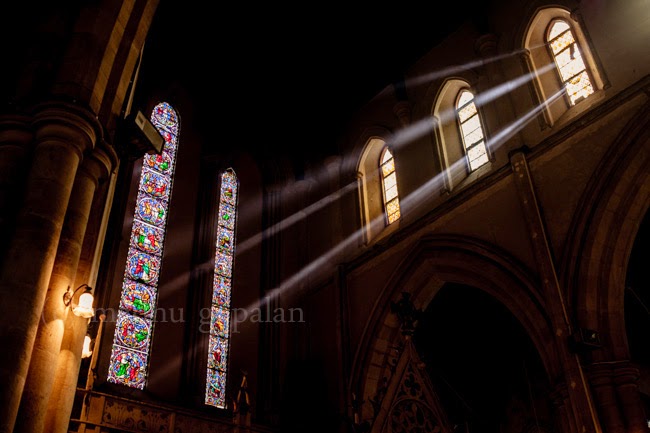 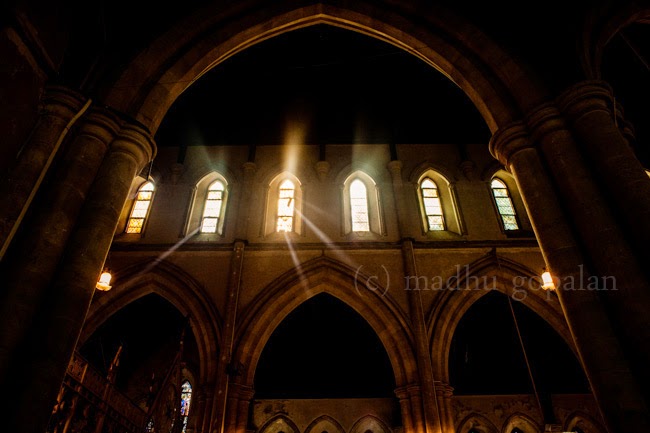 I first went on a weekday - I was allowed to take pictures of the exterior, but the main church was closed. So I had to go again on a Sunday to see the inside.