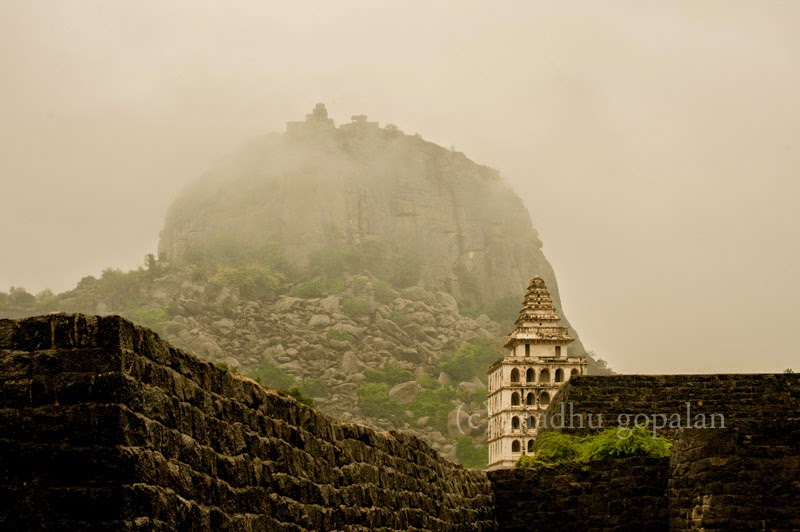 The Maratha warrior king Chhatrapati Shivaji, is believed to have considered the fort of Gingee (also called Senji or Chenji) India's most impregnable fort. And yet, the fort has apparently been occupied by most dynasties that ruled the region, like the Cholas (who built it), the Nayaks, the Vijayanagara empire, the Marathas, the Mughals, many others in between and finally the British.

Located about 160 kms from Chennai, the fort is built on three hillocks - Krishnagiri, Rajagiri and Chandrayandurg. When you drive into the fort area, it is easy to see how hard it must have been for an enemy army to invade while being attacked from 3 hills simultaneously. Since it was raining pretty heavily when we got there, we could only do one hill, Rajagiri, and did not even climb too far up. A friend said he climbed all three on one day and couldn't even feel his legs by the time he was done!

The Archaeological Survey of India keeps the Gingee Fort really clean. The Rajagiri hillock has an assortment of structures like temples, stables, granaries, tanks and pavilions. Let me now show you some pictures from the hill - mostly from around the base. What would have otherwise been just another (very beautiful) fort, was transformed into a mysterious wonderland by the clouds, the rain and the mist. 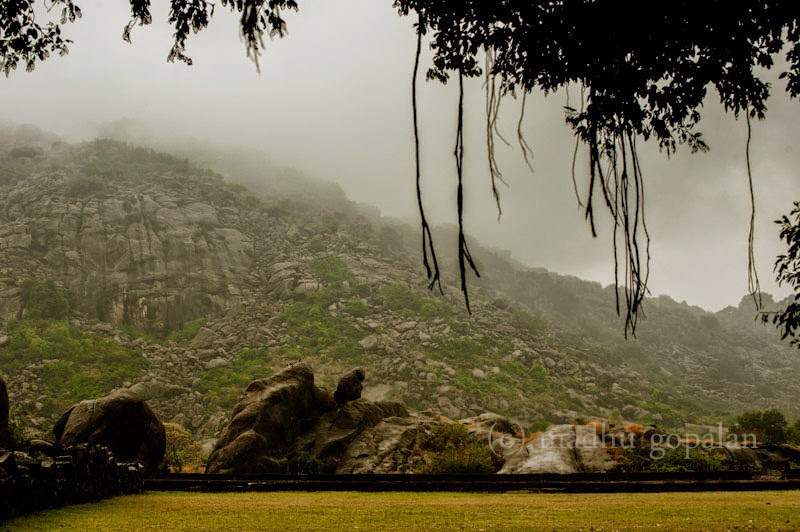 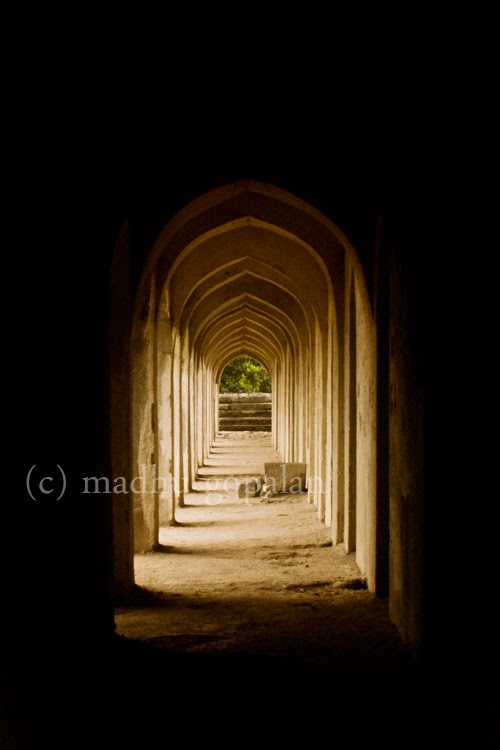 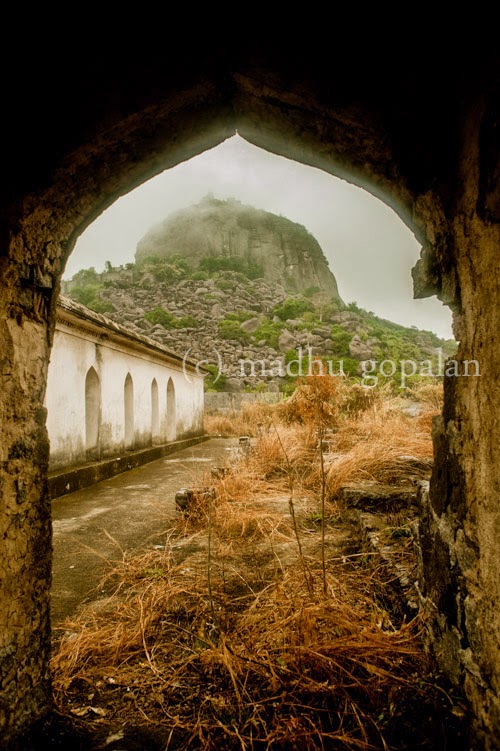 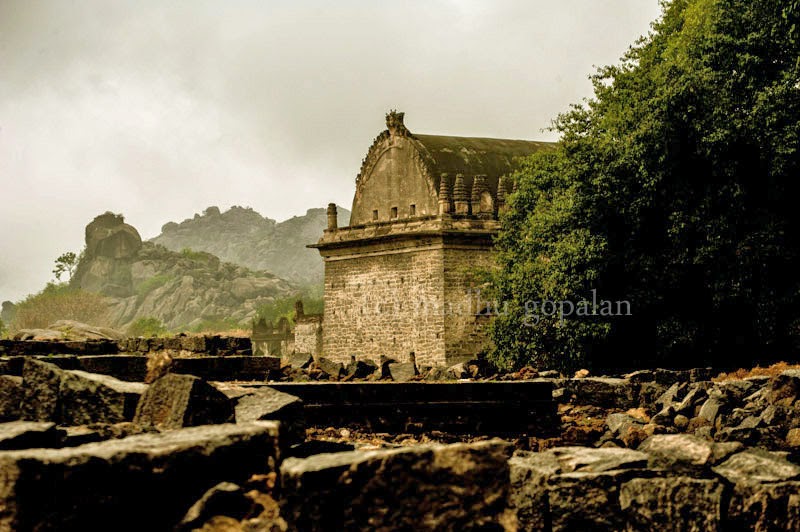 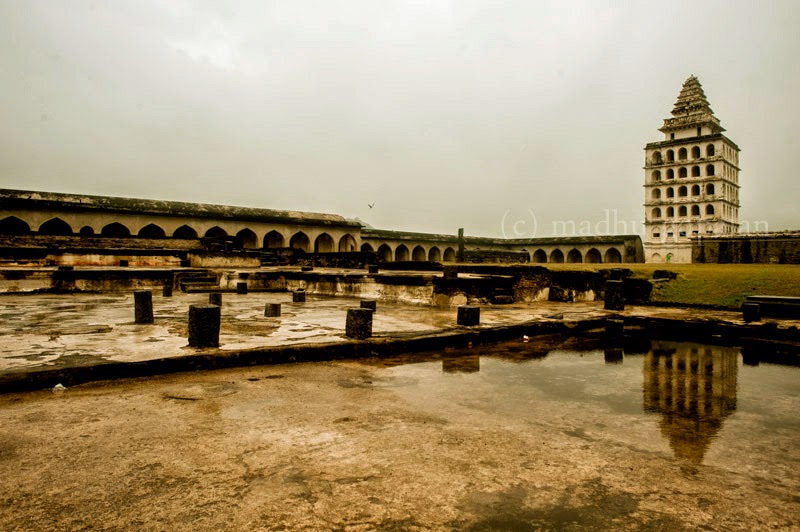 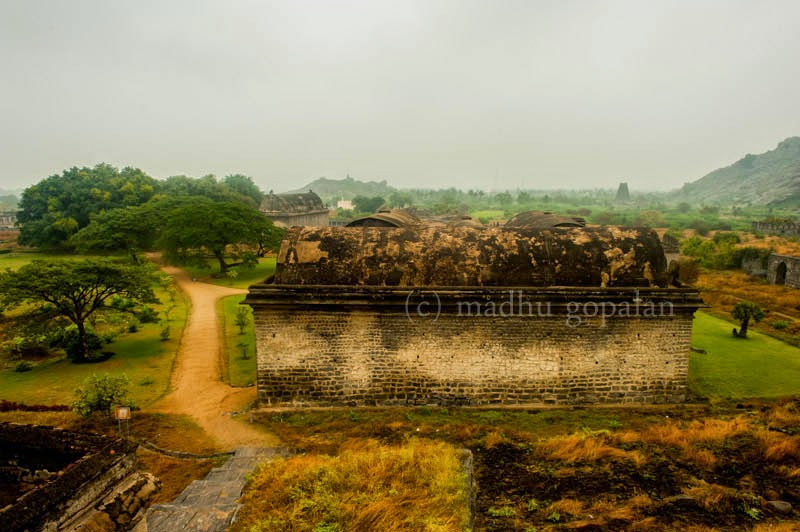 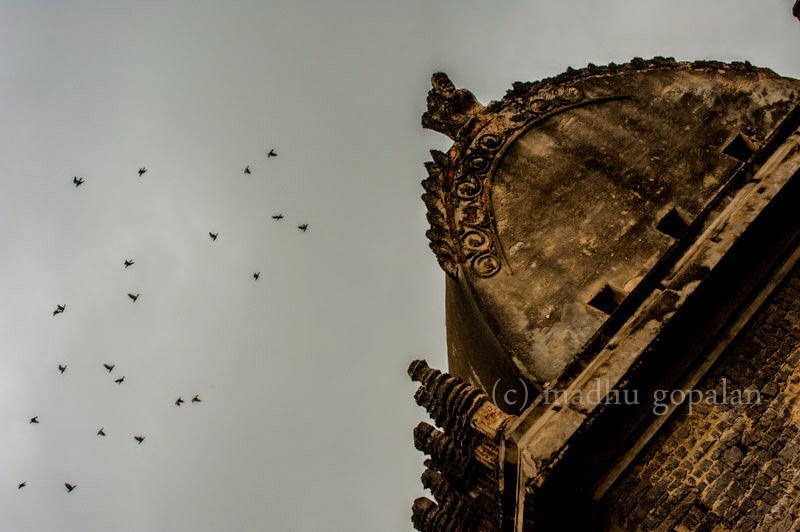 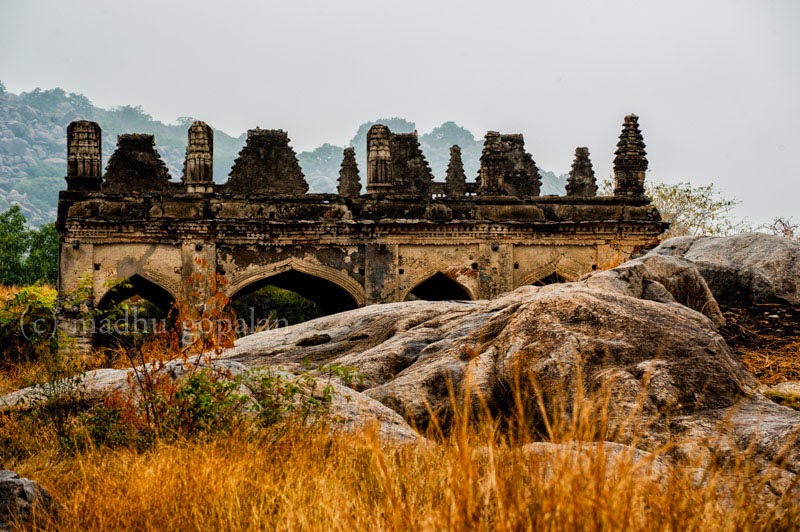 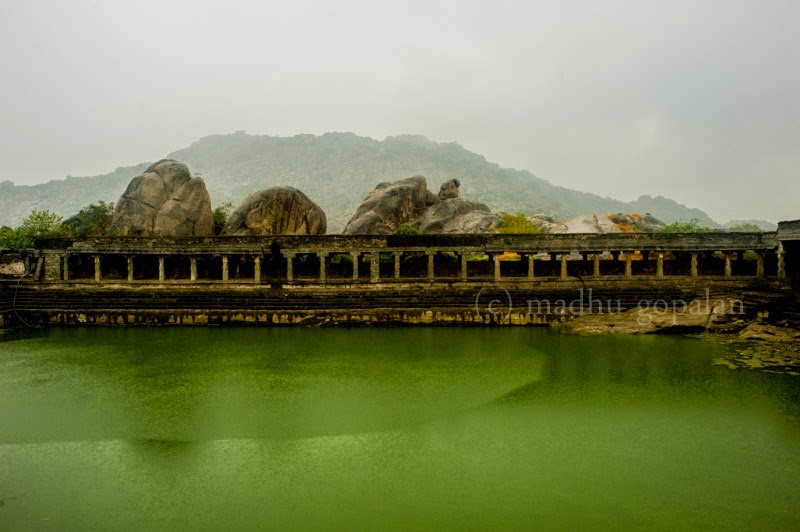 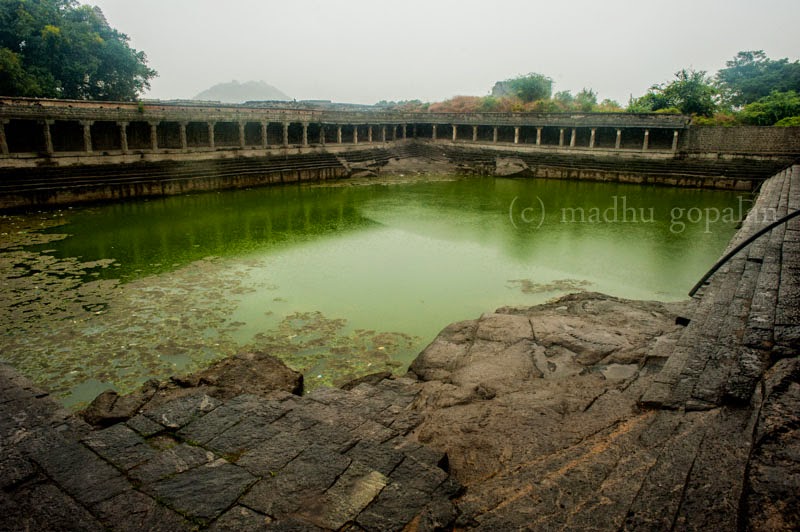 After spending some time walking about the ruins, we went to a couple of temples at the foot of the Rajagiri hill before beginning the drive back to Chennai. I'll show you those in the next post :)

If you happen to be in Chennai and have a day to spare, definitely visit Gingee.The road is pretty great most of the way, but traffic can get rough - we saw a very gruesome accident on the way back :( I'd totally recommend going in the rains, but ONLY if you are a very very very careful driver. Wear sensible shoes and carry snacks and water with you - I didn't notice any shops around the fort. There is a lot of vegetation all around, making it a great place to spot some cool birds.