Based on my father's stories from his trip to Kanchipuram a couple of months ago and Ashwin's earlier visits, I decided that I wanted to go to two temples dedicated to Lord Shiva and two to Lord Vishnu. Let me begin with the Shiva temples. Sorry in advance for flooding this post with pictures :)
Kailashnathar Temple 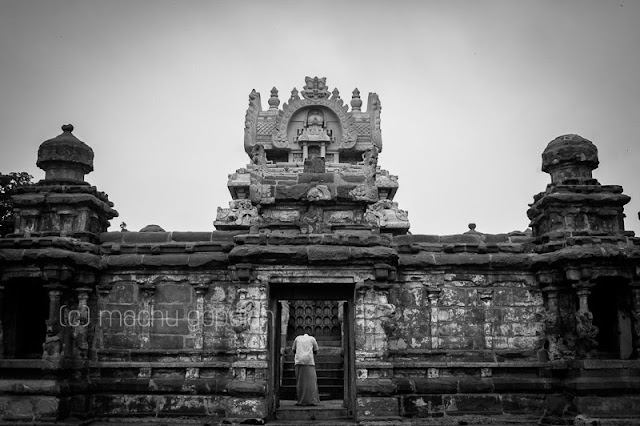 The Kailashnathar Temple was the temple we began our morning with, and even before I saw the rest, it became my favourite - one of the prettiest and most unique temples I've ever been to :)


The temple was built between 685 and 705 AD when Kanchipuram was the capital of the Pallava kingdom. Its construction was started by Pallava ruler Narasimhavarman II and completed by his son Mahendravarman III. Apparently, some additions to the structure were made by later rulers of the Chola and Vijayanagara dynasties. Take a look at the temple:
The temple is very clean and well maintained by the Archaeological Survey of India. Actually, of the four temples we went to, the significantly better upkeep of the two under the care of the ASI was clearly visible. 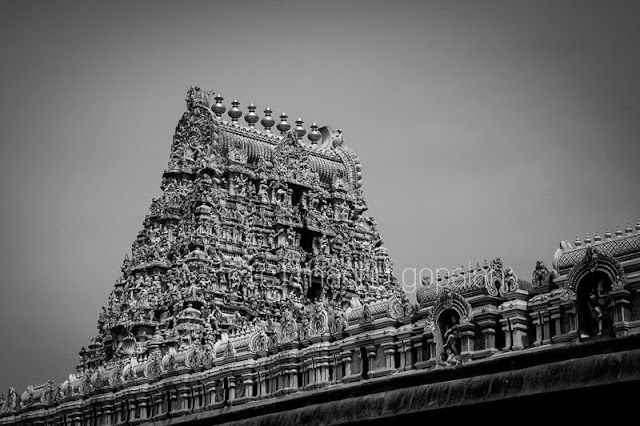 The Ekambareshwara Temple (also called the Ekambaranathar Temple) is Kanchipuram's largest temple. There are 5 Shiva temples in South India that represent the 5 natural elements. Of these, the Ekambareshwara Temple represents Earth. I really struggled to find authentic information about this temple online - for all our rich history and culture, we don't seem to have easily accessible, good quality documentation in India. The temple, apparently, was built in the early 7th century, when the Pallavas were in power. But the 57 meter high main 'gopuram' and a thousand pillar square corridor around the central shrine were built later in the 16th century under the rule of the Vijayanagara ruler Krishnadevaraya.
I saw the Kailashnathar temple first and fell in love with it, so this one didn't quite meet that standard - but then, very few temples can compete with that kind of beauty.