The City of A Thousand Temples 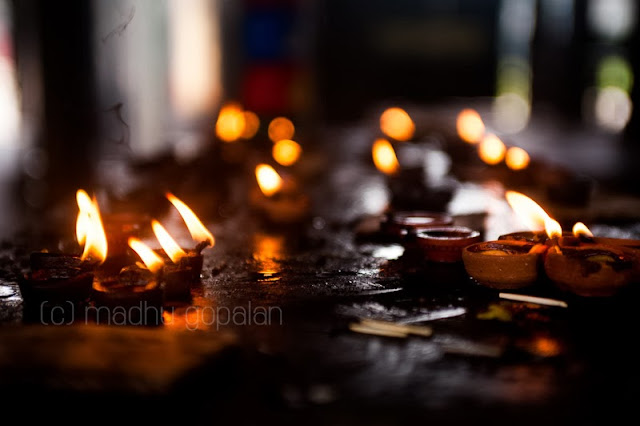 "Sapta-puri" is a collective name for Varanasi, Haridwar, Ayodhya, Mathura, Dwaraka, Ujjain and Kanchipuram, seven of India's holiest cities. It is believed that a person who goes on a pilgrimage to all of these will get closer to salvation. I've been to three, so I guess I am almost half way there. Yay!

I went to Varanasi when I was about 4, and I have very vague memories of it, most of which I probably 'reconstructed' from the stories my parents narrate about the trip. Haridwar was not long ago, so obviously, it appeared on this blog - here :) The third is Kanchipuram, that Ashwin and I visited last month.

At a distance of about 70 kms, Kanchipuram is perfect for a day trip from Chennai. Historically, it was called the city of a thousand temples, and it has more than hundred even now, with some dating back to as early as the 7th century AD. It is one of India's oldest continuously inhabited cities and finds mention in Sanskrit grammarian Patanjali's books written between the 3rd and 2nd centuries BC. Today, Kanchipuram is famous for its ancient temples and of course, its silk. Silk weaving is the most common means of livelihood along with agriculture.

Over the next couple of posts I'll show you some of the gorgeous temples we visited in Kanchipuram. In the meanwhile, here are some suggestions that I hope will be useful, in case you ever plan a visit. Which you should! Whether you are religious or love art/architecture, you'll love the old town :)