In Sikandra, about 7 kms from Agra, is a huge red sandstone gateway with marble minarets, leading to the tomb of Mughal emperor Akbar. The construction of the tomb was started by Akbar himself, but he died before it was ready, and the work was completed only during the reign of his son, Jehangir.


The gateway is profusely decorated with traditional Islamic patterns and calligraphy. 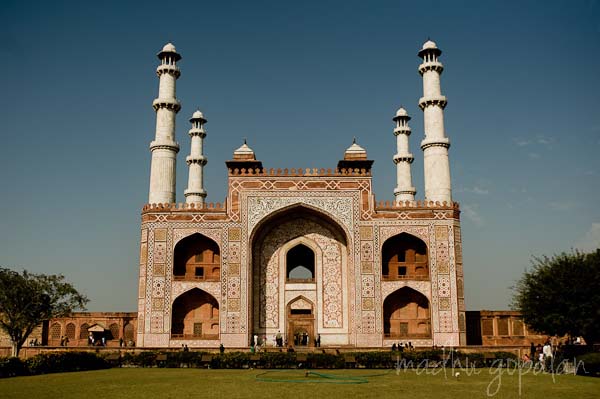 In keeping with Akbar's secular beliefs, the mausoleum is a fusion of
Islamic, Hindu, Christian and Buddhist design elements. 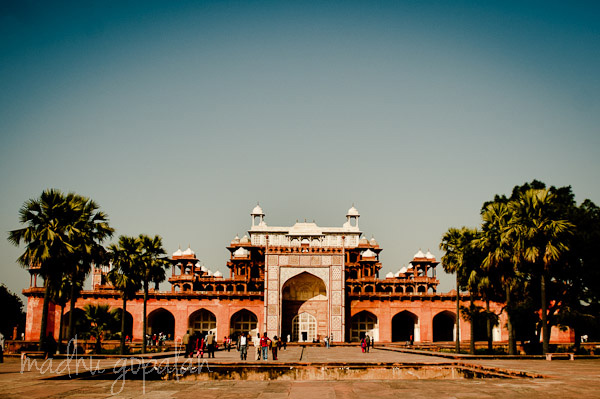 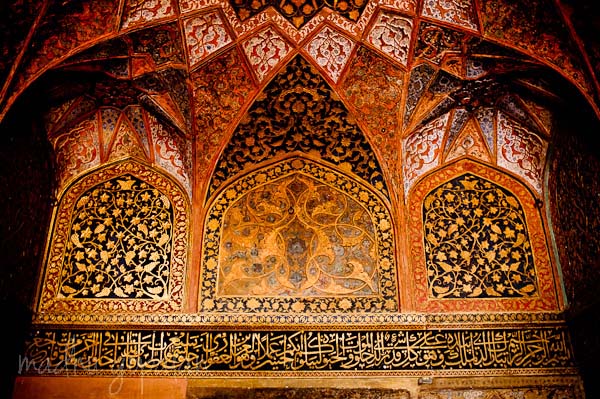 Some more Islamic decorative elements on the wall
and the two of us looking touristy (I'm not short, HE is tall :) 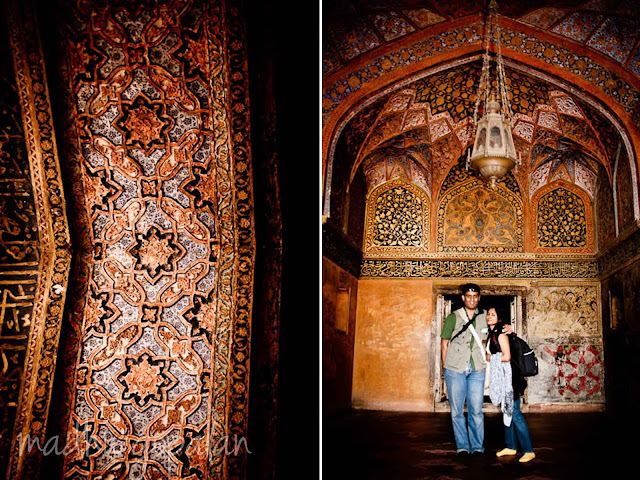