Mirza Muqim Abul Mansur Khan was the governor of Awadh and also assisted the Mughal emperor Muhammad Shah in his administration. Pleased with his services, the emperor gave him the title of "Safdarjung" and put him in charge of Kashmir as well. When Ahmad Shah Bahadur became the emperor, he made Safdarjung his Prime Minister.

After his death, his son Nawab Shuja-ud-daulah built Safdarjung 's tomb in Delhi in red sandstone along the same lines as Humayun's tomb. Apparently, it is one of the last examples of Mughal architecture in Delhi. Like all the other monuments we saw in Delhi, this one is impeccably maintained too, and also houses the headquarters of the Archaeological Survey of India.

The tomb and the garden around it were almost deserted when we went, except for the occasional car going in or out, so we lingered for a long time taking pictures. 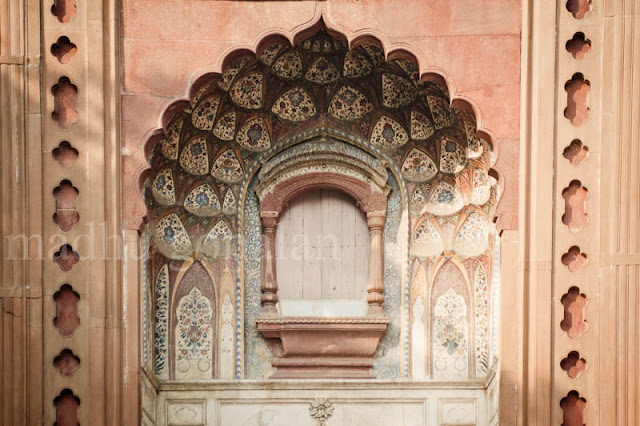