The port town of Mahabalipuram or Mamallapuram near Chennai, was named after king Narasimhavarman I, one of the rulers of the Pallava dynasty of South India, who was known as Maha-malla or the great wrestler.

Dating back to the 7th to 9th centuries, these rock-cut monolithic structures are early examples of Dravidian architecture, with heavy Buddhist influences. Originally seven pagodas dotted the shoreline here, but only one, the Shore Temple, remains now: 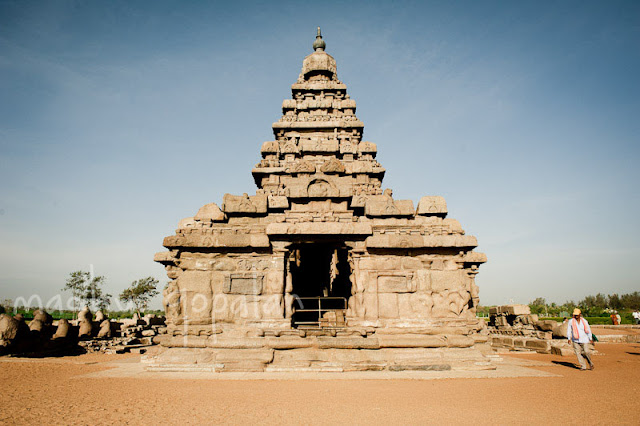 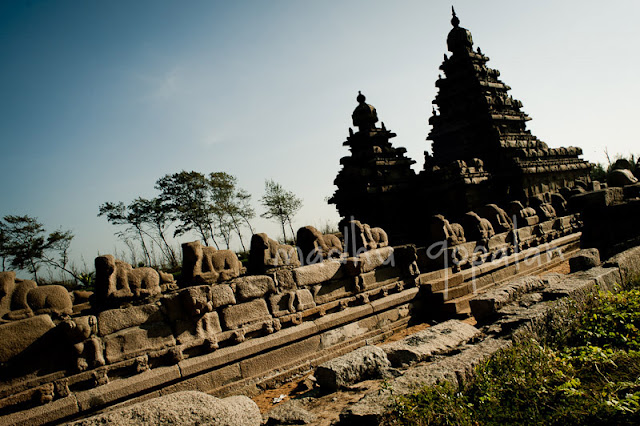 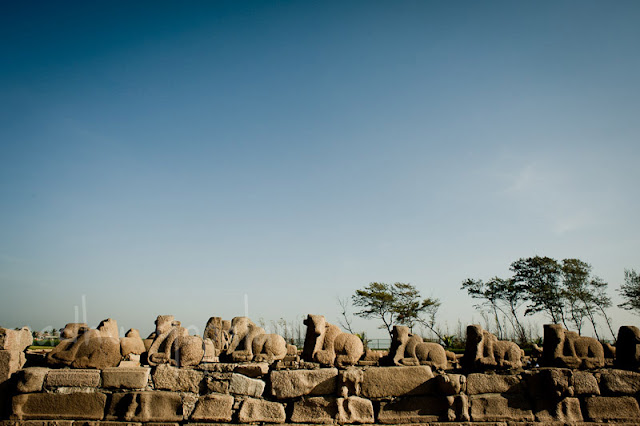 The descent of the Ganges and Arjuna's penance are legends depicted on this huge relief carved on a single rock - they are somewhere in this picture! 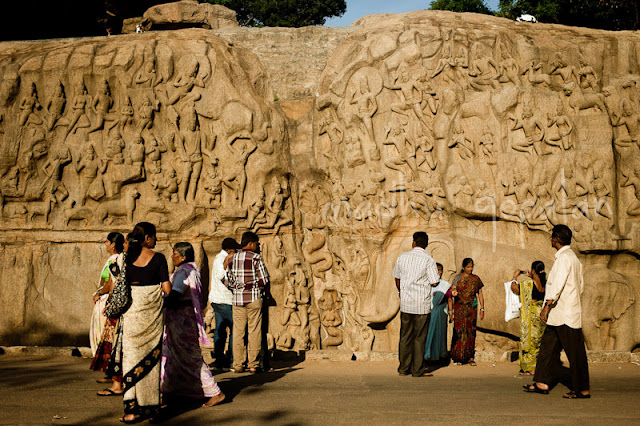 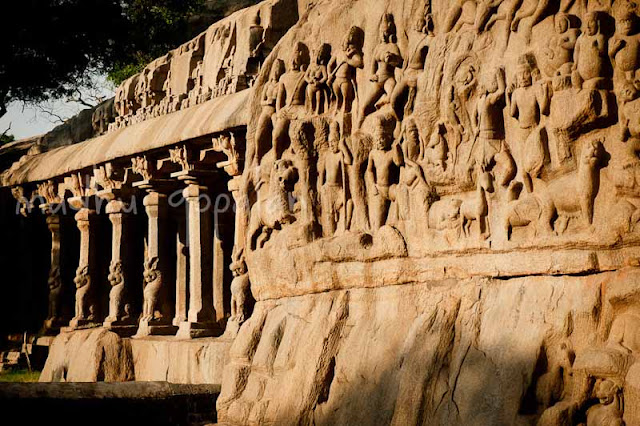 The pancha rathas or the five chariots, are monolithic chariot-shaped shrines named after the Pandavas and their wife Draupadi. 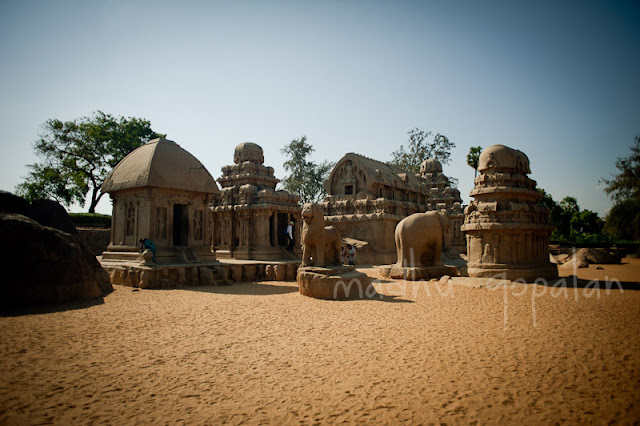 There were truckloads of pilgrims dressed in red - A red girl ran into this frame: 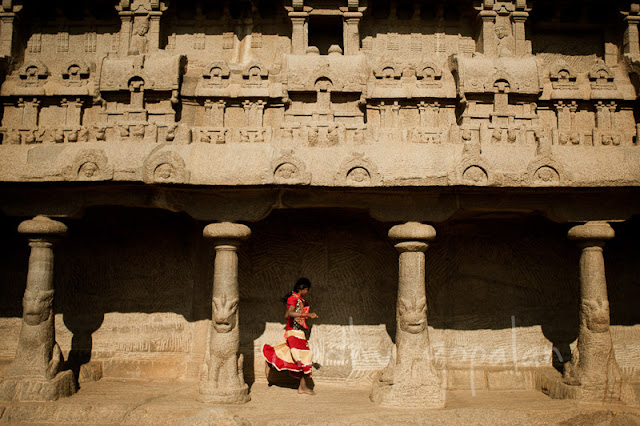 This group of monuments in Mahabalipuram has been listed by UNESCO as a world heritage site, so I'm tagging this with GO-Unesco. Have you read about the challenge yet?