Up, close and personal with a steam engine! 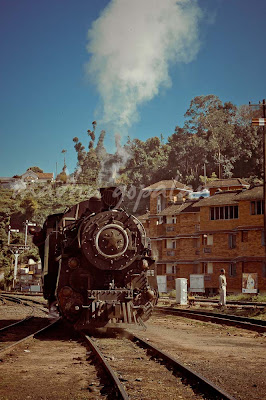 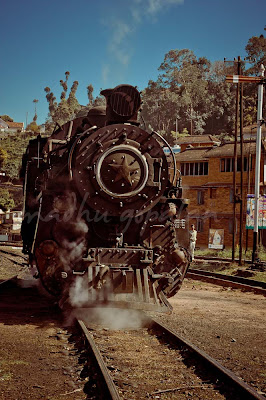 To get to Ooty, we flew to Coimbatore and took a cab from there. If we had planned our trip earlier and better, we could have taken the toy train to Ooty on the Nilgiri Mountain Railway (a UNESCO World Heritage Site), all the way up from Mettupalayam, pulled by the most adorable steam engine. (the Chaiyya Chaiyya train!)

The best we could do, was to take a ride on the toy train from Ooty to Coonoor, that unfortunately has only  a regular diesel engine. Luckily though, around the time we reached the Coonoor railway station, a steam engine in the railway shed was getting ready for a trip down to Mettupalayam. This was my first close encounter with a steam engine that I can remember, although my dad says he's shown me some when I was a kid. 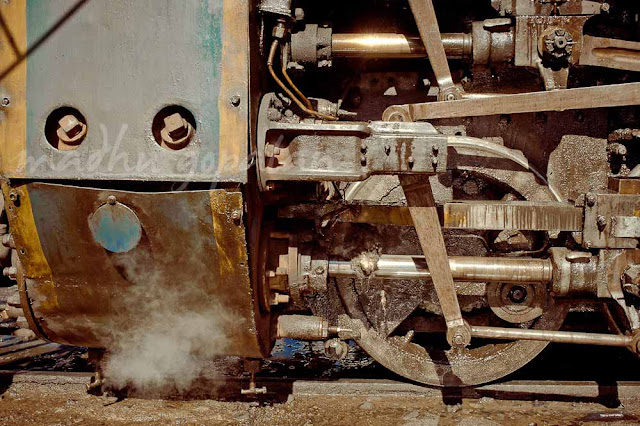 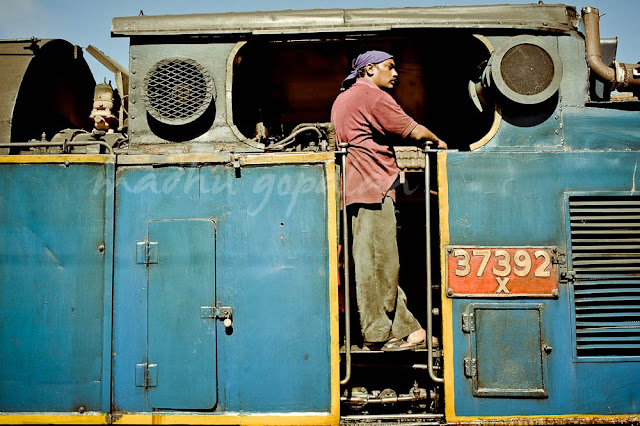 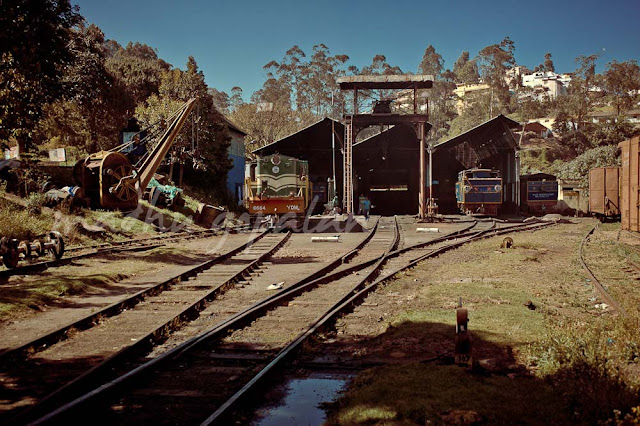