I sort and process my photographs quite promptly after I return from any shoot or trip, but I'm super lazy when it comes to posting and writing about them on my blogs. So it has taken almost two months for me to get around to posting pictures from our mini-trek to the Lohagarh Fort near Lonavala.

The Sahyadri hills around Lonavala are dotted with strategically located fortresses and the imposing Lohagarh Fort (translating to Iron Fort) is one of them. It is said to have been used by pretty much every dynasty that ruled over the Vidarbha and Maratha regions - right from the Satavahanas to the Marathas. It was captured by Chhatrapati Shivaji in the 17th century, and again by the British in the 19th century.

The climb begins at the base of the hill, where there are a few very basic shops selling refreshments. If you've forgotten to bring something to drink, this is pretty much your last chance to fix that - there's nothing after this point. There are steps all the way to the top of the fort, so the climb is fairly easy, except in stretches where the steps are no more than slippery moss covered blocks of stone. And if you hear rustling noises among the shrubbery, it's probably a snake :) Or maybe a pack of monkeys.

We were lucky to be there on a sunshiny day with a blue sky and fluffy white clouds, so at many points on the way up, we were treated to spectacular views of the lush green countryside.

On the way up the hill, you pass three layers of fortification through four huge gates, all of them very well-preserved. The top of the fort is quite empty - a Shiva temple, a Dargah, a well and a tank are about all you'll see. This was a fort used purely for military purposes.

The place is almost devoid of people, and there were only two groups of tourists, including us. I read after we got home that we'd missed seeing a scorpion-shaped extension to the fort called the Vinchu-Kata - I wished we'd read up properly before going, or at least had someone knowledgeable to show us these little details. But we thoroughly enjoyed the climb up the fort - the views are absolutely sensational :) Ok, some pictures now. 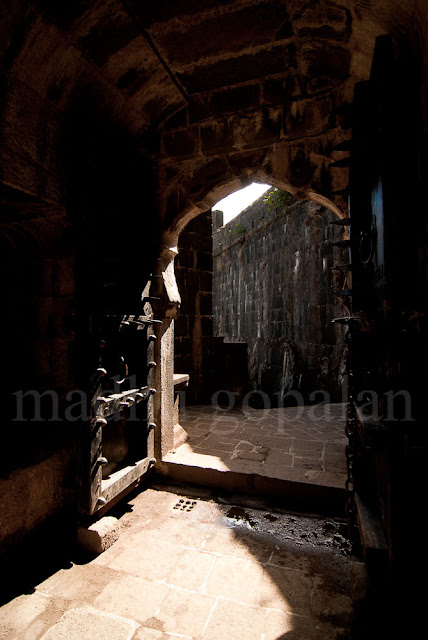 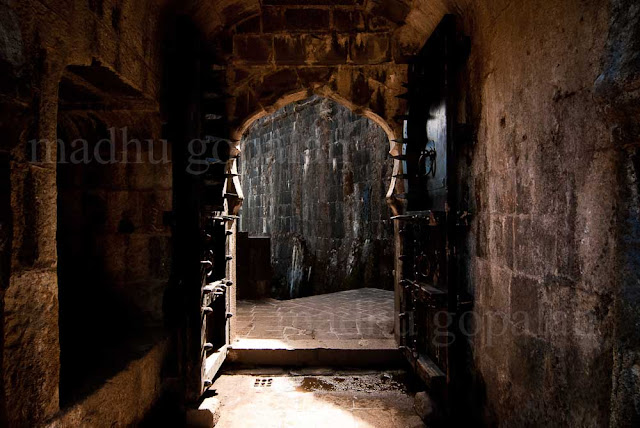 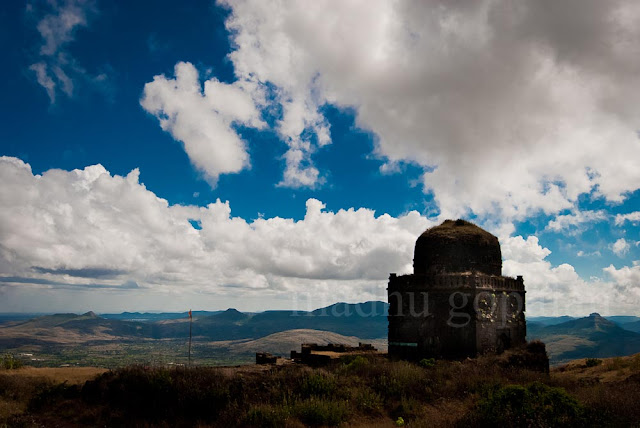 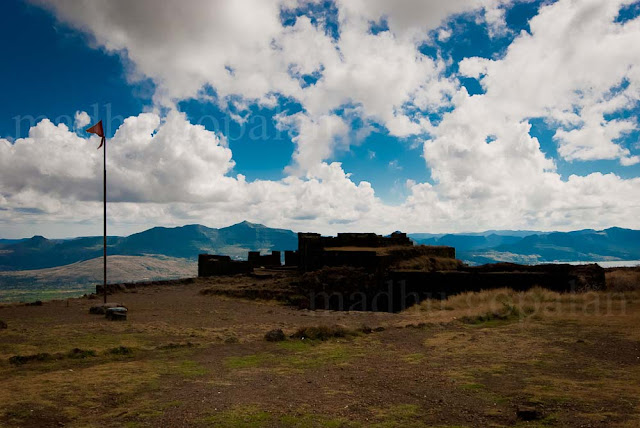 Views from the fort. The hill you see on the top left of this first image is the neighboring Visapur Fort. Since the Visapur Fort is taller, British troops bombarded the Lohagarh Fort from there, forcing the Marathas out. 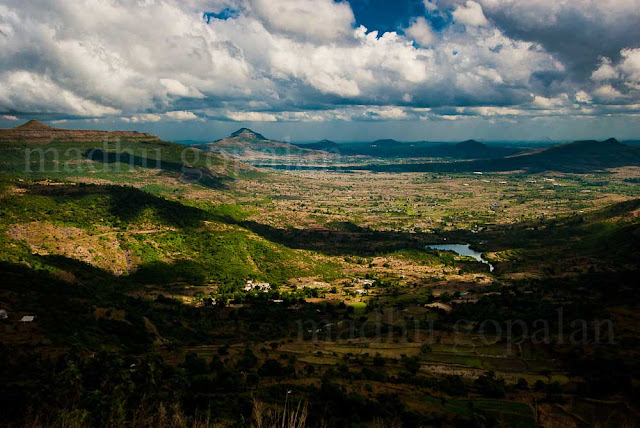 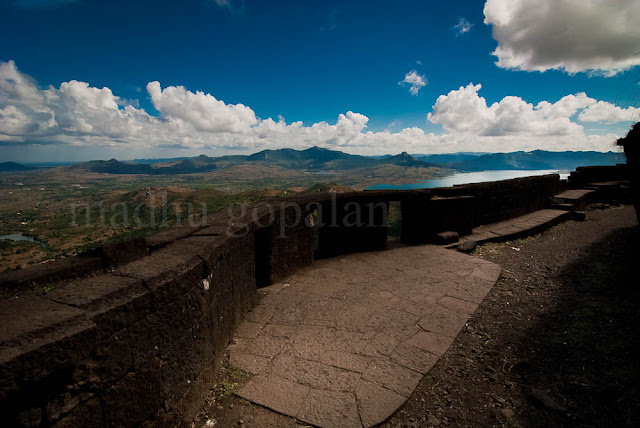